Today, a special event organised by Glasgow University Climate Action Group called for Glasgow University to DIVEST its endowment fund in the fossil fuel industry and re-invest in more sustainable practices. I took part in the gathering of activists at the Library Hill. 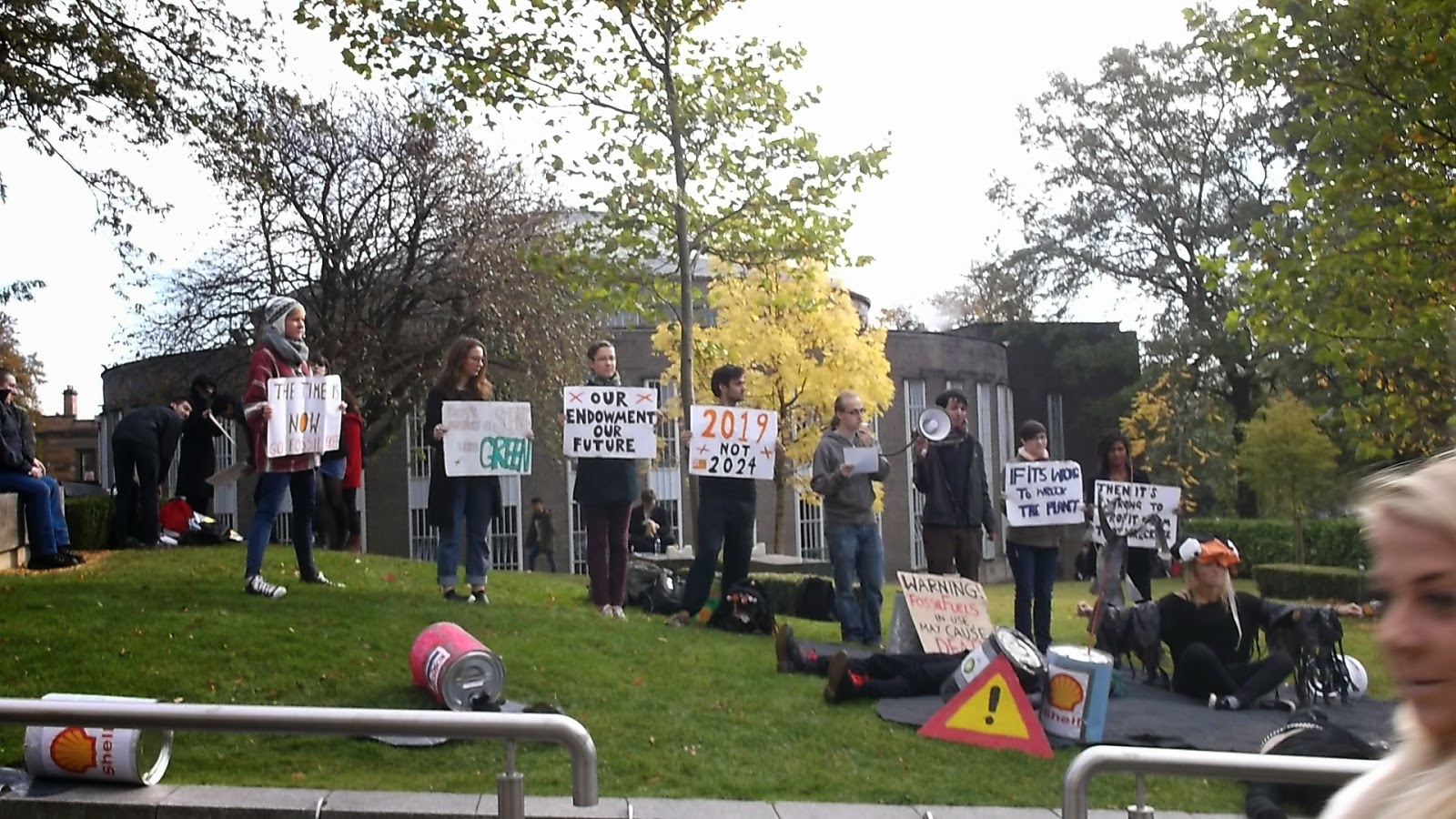 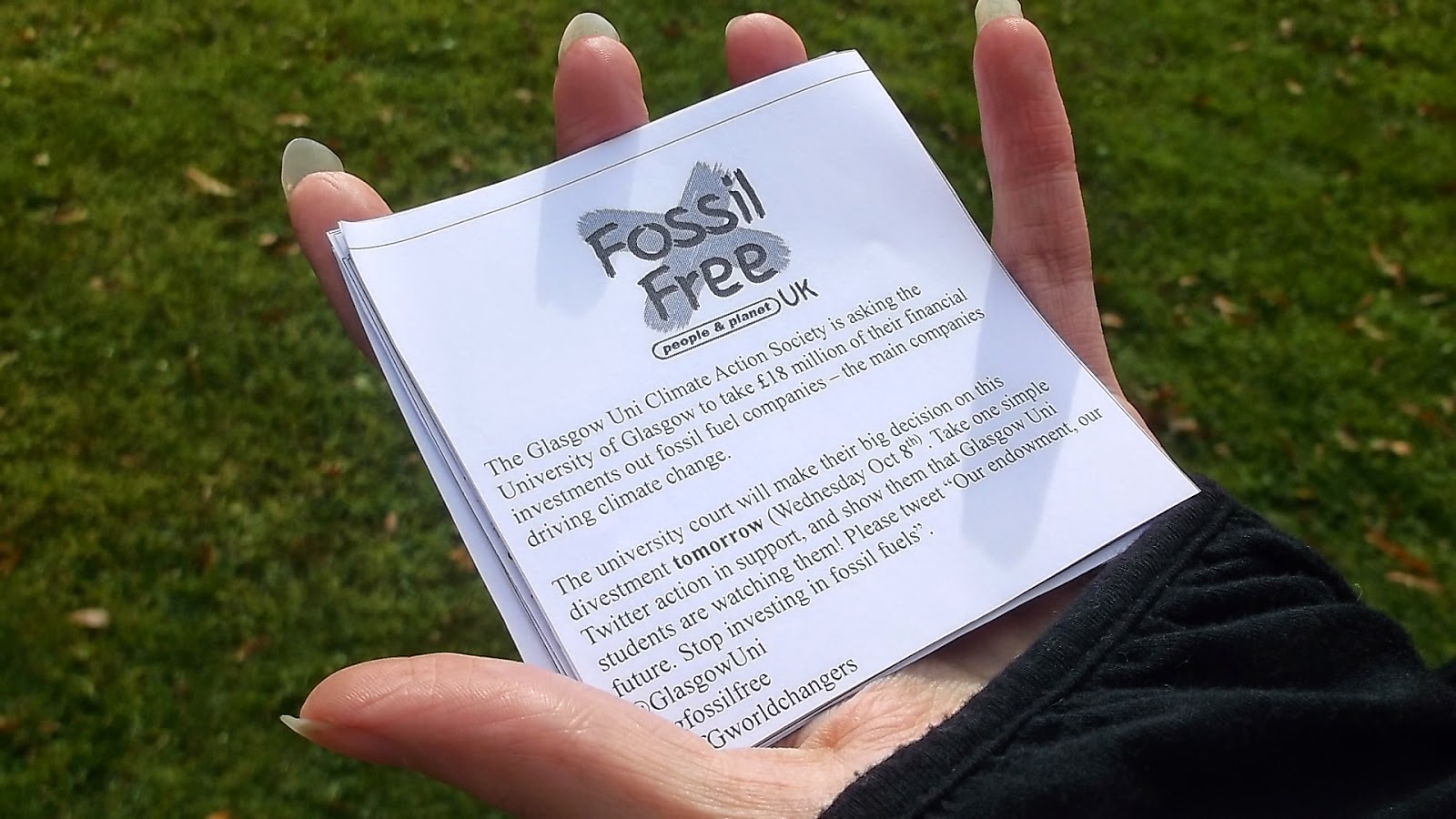 The University Court are making the decision on the 8th of October about whether it will divest or not. Glasgow University can be the first University in the UK to divest from the fossil fuel industry.

The University can join a growing global initiative of 180 institutions which began on university campuses several years ago.This initiative is supported by the Rockefeller Family who decided to cut their links with oil and this gives the divestment campaign huge symbolic importance because of their family history. Stephen Heintz, president of the Rockefeller Brothers Fund, indicated that "everyone noted the irony that a foundation built on oil wealth would now be leading the charge out of fossil fuel."

Also, the World Council of Churches which represents some 590 million people in 150 countries also pulled its investments from fossil fuels. About 30 cities have also chosen to divest, including Santa Monica and Seattle.

There is a clear economic argument for divestment. While fossil fuel companies do generate a return on our investment, cities will suffer greater economic and financial losses from the impact of unchecked climate change. Our infrastructure, our businesses, and our communities would face greater risk of damages and losses due to turbulent weather events such as flooding or heat waves that climate change causes.
For Glasgow, although increased rainfall is likely to be our biggest challenge, the climate projections also indicate that by the middle of this century an average summer is likely to be drier as new weather patterns are established. If not carefully managed, this could have implications for our water supply and the needs of residents, key services and businesses. The River Clyde is the heart of this region and it is Glasgow’s connection to the sea. It has potential to cause flooding and increase pressure on drainage systems. These risks will be exacerbated by sea level rise which has been accelerating in recent decades.
We have the support of Desmond Tutu. He has said;“Climate change is the human rights challenge of our time. We can no longer continue feeding our addiction to fossil fuels as if there is no tomorrow, for there will be no tomorrow.”

Reinvestment would involve financing of solutions to climate change. More specifically, investment in the technologies and infrastructure that will allow us to meet our energy needs in a way that improves community health, supports local democracy, and mitigates the impacts of climate change globally.

Update on 8th October: The University Court decided to divest Glasgow University from the fossil fuel industry over the next 10 years. This is really wonderful news.
Posted by ScottishGreenParty at 14:18