Since the opening of the new Hillhead Primary, parents and local residents living within the Otago Street / Westbank Quadrant areas have highlighted the problem of some parents dropping off pupils at the visitor entrance. Parents have received reminders to drop-off in Kelvin Way but this information is being ignored. The school gates at Otago Street are obstructed by parked cars and the street is packed with cars involved in dangerous manoeuvres, including u-turns. 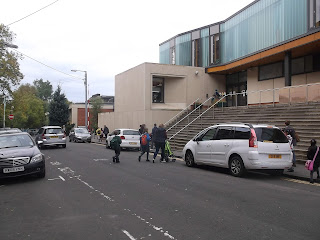 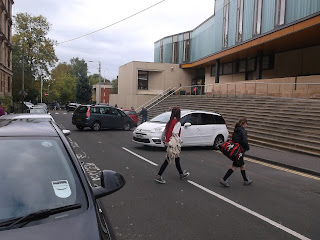 We have identified an initiative in Haddington, East Lothian which has restricted vehicle access at school gates at peak times. This  project has introduced a traffic regulation order on an 18-month pilot basis and after a successful evaluation, this arrangement was established on a permanent basis in June 2015.

The Haddington based project has prohibited “moving” vehicles near to the school gates, during the peak school travel times. The benefits are improvement in road safety by reducing traffic speed, reduced congestion and pollution around the school gates; more pupils and parents/carers encouraged to walk or cycle to school; improvements in the health and well being of pupils and parents/carers; creating and maintaining a sustainable environment and vibrant community. This initiative was developed in respond to requests from the Schools, parents and local residents.

I have requested that council officials introduce a similar pilot project for Westbank Quadrant and Otago Street next to Hillhead Primary. This is urgently needed to prevent injuries and accidents involving school pupils.