We didn't vote to die at work

In the last week, I had the privilege of meeting people involved in the Scottish Hazards campaign. This brings together local groups and trade unions campaigning for better health and safety with workers' health at the centre. 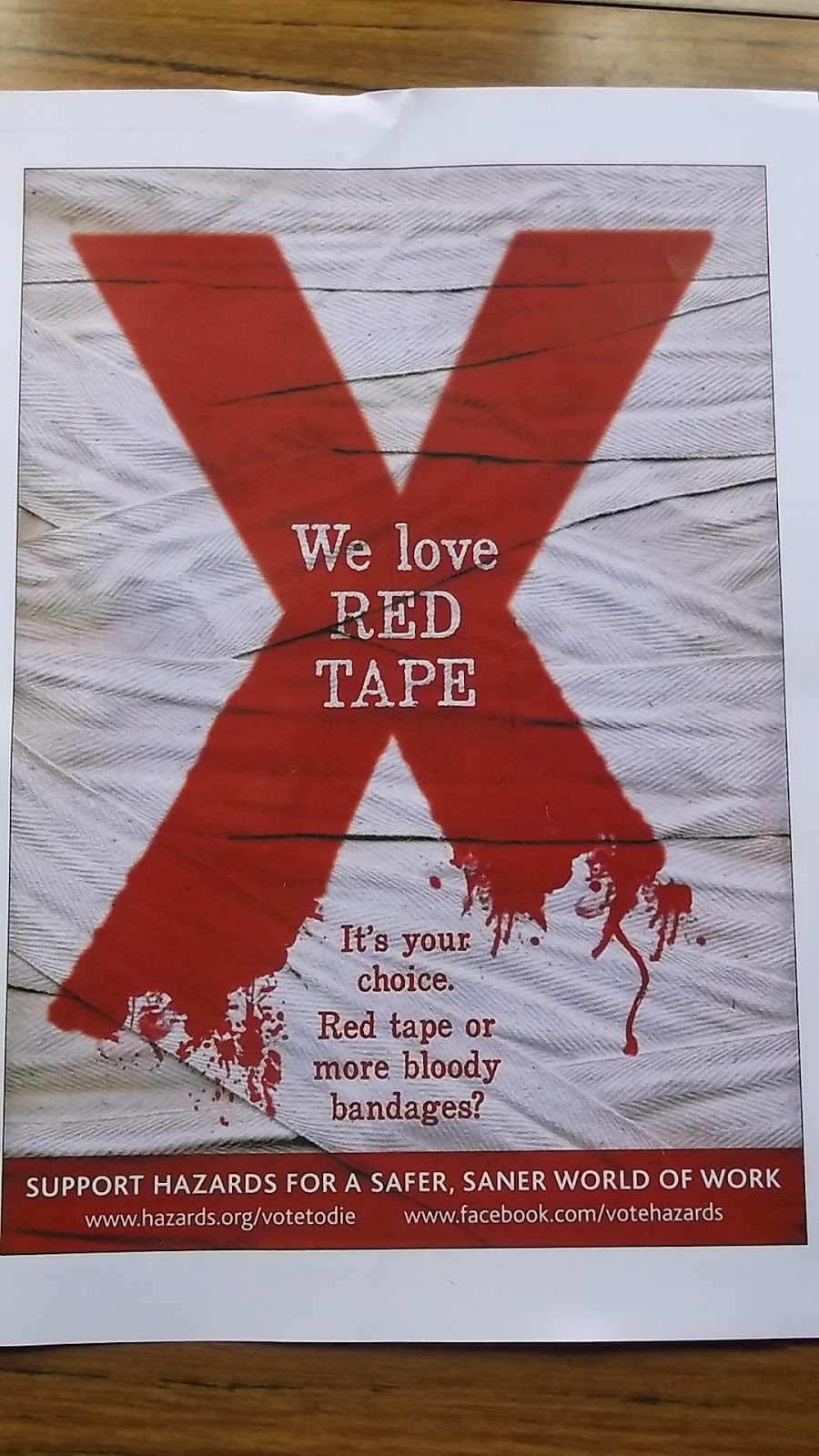 The UK Government has conducted "red tape" reviews which have undermined our limited protections. Campaigners have pushed the fact that good regulation, strictly enforced, saves money for business and the overall economy, as well as protects wellbeing of workers.

There is now more occupational ill-health than ever before, with much stress, but also musclo-skeletal disorders, and exposure to cancer-causing chemicals. The new workplace culture with targets, is supporting "lean management", and "doing more with less".

An entirely ideological plan to privatise the Health and Safety Executive has been pursued by UK Government Ministers. Attempts were made to abolish it altogether, but was prevented by European law. Instead, the budget was cut by 35% and a ban was placed on proactive inspections in "low risk" workplaces, including such areas as quarries, manufacturing, air and road transport, hospitals and school. However, 53% of health and safety deaths occur in "low risk" workplaces. The cost of bad health and safety practices is estimated at between £30 - £60bn a year. In addition, workers/families of more than 90% of workers injured or killed at work get no compensation at all.

The Scottish Hazards Campaign is vital to ensure that people are fully protected against work related injury and ill health.