Calls for bridges not walls

A guiding principle of Donald Trump’s presidency is likely to be denial of the scientific consensus that human activity is the primary cause of global warming. Trump has a well-established track record of skepticism and denial about climate change. He has called global warming a “hoax” and recently suggested that “nobody really knows” if climate change exists.

Trump also plans to nominate Republicans to lead the Environmental Protection Agency and the Energy Department who have expressed skepticism toward the scientific agreement on human-caused global warming. Indeed, Trump’s election appears to be a triumph of climate denial.

Climate change barely came up during the presidential debates, and voters rated the environment as a far less urgent concern than issues like the economy, terrorism, and health care. This lack of concern suggested that US voters have not prioritised action on climate change. 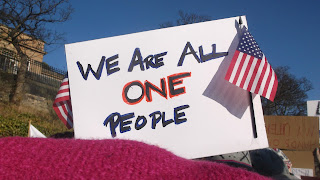 However, Scientists warn that the devastating consequences of global warming are under way and expected to intensify in the years ahead. The consequences of a Trump Presidency that fails to take climate change seriously, is that little is done to address the threat of a warming planet in the next four years.

A presidential administration is likely to continue to put forward the false claim that global warming is a hoax, not happening, not human caused, or not a serious problem. This evident by the appointment to his administration of climate change deniers and oil barons.

Campaigners fighting to end polluting coal, oil, gas and nuclear projects have to join together and call on Mr. Trump to help us accelerate the urgent leap to a future powered by 100 percent clean renewable energy. This is the key to security and wellbeing for all. 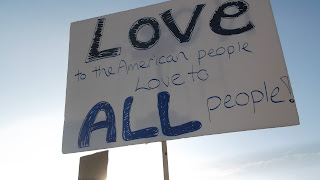 Whether there is a legacy of Mr. Trump's presidency will be determined by his action or inaction on climate change. If the US does not support renewable energy, it will miss out on all the opportunities that this brings in terms of jobs, investments and technological advances. Other countries such as China and India are racing ahead to be the global leaders in clean energy and surely the US does not want to be left behind.
Posted by ScottishGreenParty at 14:32