I joined supporters of the Scottish Campaign for Nuclear Disarmament in George Square to form a large human peace/CND symbol between 11 am and 12 noon yesterday.


This “Make Peace Festival” was held 50 years since the public protests against Polaris on 17 September 1961. 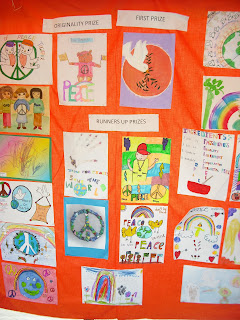 Paintings by children on display at the event.

Approximately 400 children sent entries to the Paint for Peace competition and some of the  winning entries are shown in the above photo. 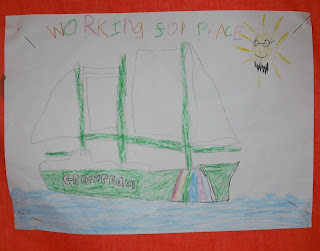 Painting of the Rainbow Warrior. Greenpeace celebrates its 40th anniversary.

It is one of the events taking place around the globe in support of the United Nations International Day of Peace held on 21 September.