Today, I met up with workers involved in joint strike action by UCU, UNISON and Unite in protest at a pay offer of just 1%. This situation has arisen as staff have faced a real-terms pay cut of 13% since 2008. Unions have expressed disappointed that employers refused talks to try and avert the walkout taking place tomorrow. 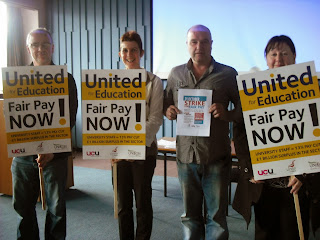 There has been a squeeze on staff pay at the same time as the pay and benefits for university leaders has increased, on average, by more than £5,000 in 2011-12, with the average pay and pensions package for vice-chancellors hitting almost £250,000.

Staff will be at picket lines in towns and cities across the UK from early on 31st October, with many engaged in local rallies.

Pay gap at universities is biggest in public sector and getting bigger, says report by Young Greens - http://www.ucu.org.uk/6796

Posted by ScottishGreenParty at 14:30 No comments:

Supporting the Right to Choose

This week, I met up with activists supporting abolition rights in George Square. During our conversations, I heard that this is the 45th anniversary year of the Abolition Act. 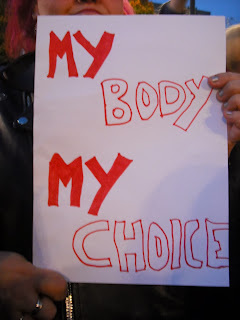 There was discussion about the importance of ensuring that women's right to choose is retained.  The policies of the Scottish Green Party do not support any changes to current legislation on abortion. Changes to legislation, which would aim to make it more difficult for women to obtain abortions, would not address the underlying factors which lead women to seek abortions. 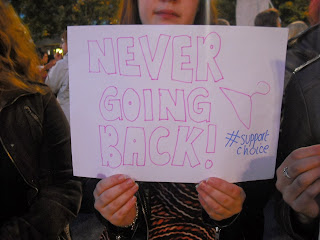 Instead, it is likely to drive women elsewhere for the operations, either overseas or to illegal practitioners, which would increase both the distress and the health risks for those involved.

NHS Sexual Health Services in Glasgow - http://www.sandyford.org/
Posted by ScottishGreenParty at 11:03 No comments:

By 31st October, comments are required on the Draft Woodlands Conservation Area Appraisal Plan and I am preparing a response to highlight details of the streetscape for inclusion and key issues to consider for the preservation of the area.


This bridge was officially opened on 29th September 1891. It was design by Sir William Arroll who died 100 years ago and a plaque will be placed on the bridge near the entrance to Kelvinbridge Subway station by the end of 2013. Macfarlane's decorative ironwork contributed significantly to making this one of the most impressive of Glasgow's Victorian bridges (as shown in the photo below). 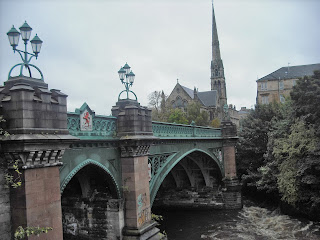 Also, there is a need to protect the iron railings and stonework on the local streets from further decay. There are many examples of the railings in need of repair. 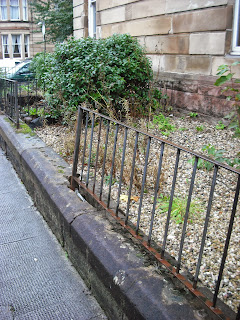 There are ongoing improvements taking place to the cobbled lanes and artworks have been some of the enhancements. Recognition of the importance of maintaining the lanes has to be part of the long term efforts to sustain the area's heritage.


Posted by ScottishGreenParty at 14:45 No comments:

In the past week, the need for the repainting of road markings has been a major concern amongst parents and residents. The faded yellow lines on Otago Street have been highlighted for urgent attention by roads officials to improve road safety for pupils at Hillhead Primary. 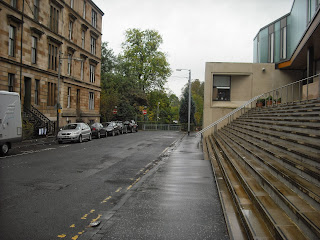 In addition, a nearby junction and crossing point at Gibson Street are missing white lines. There are concerns about the increased risk of accidents or driver error if the white lines are not clearly visible. 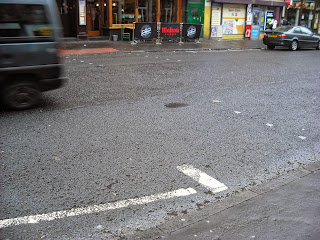 There is recognition that further action is needed to improve road safety in this street. It is a very busy area with constant traffic and parking issues for both visitors and residents. Various ideas are being considered to create safer, healthy streets and a public meeting to share views on road safety will be held in the coming months.

Posted by ScottishGreenParty at 14:06 No comments:

I joined the Rally Against Monsanto in Glasgow's city-centre on Saturday 12th October. This was part of a global day of action to protest against GM and its impact on our lives. 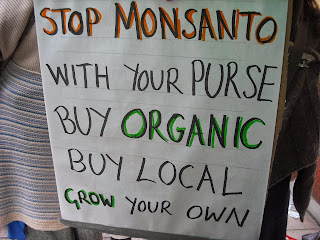 I spoke in support of the joint petition on seed legislation launched by the European Greens and Vandana Shiva on 2nd October.  The Greens in the European Parliament are working with Navdanya , the organisation of Indian activist and scientist Vandana Shiva to raise awareness about the new legislative proposal of the European Commission on the production and commercialisation of seeds.

Shiva said: “We are reminded that in the spirit of Gandhi, civil disobedience is necessary, when laws undermine our rights, depriving us of our common goods.  Seeds are such a common good. They are a gift of nature and the result of centuries of hard work of farmers around the planet, who have selected, conserved and bred seeds. They are the source of life and the first link in our food chain. “

More details are available on the website www.seedfreedom.eu highlight the call by Greens and Navdanya for citizens to ask for a radical change of this proposed legislation.

The key concern is that this new European legislation on the 'Marketing of seeds' is recognised as a threat to Food Security and Democracy.

There is a serious problem with a handful of global seed companies having a monopoly over the market. There is evidence of three quarters of the seeds marketed and used by farmers as being controlled by only a few multinational companies.

In recent years, there has been European legislation to increasingly restricted access to seeds. Seed varieties must pass complicated and costly tests and registration procedures and their cultivation depends on chemicals.

This legislation has to be opposed as it will dramatically reduced the diversity of seed varieties on the market and this will become a threat to our food security. Support the petition and join the campaign to reject the current European Commission's proposal.

Posted by ScottishGreenParty at 14:46 No comments:

Yesterday, I attended the celebration of the achievements of Glasgow's allotments in the City Chambers. There was an impressive variety of fruit and vegetables growing on allotments on display. 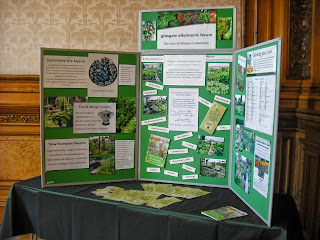 Awards were given to plotholders and allotment associations across the city in recognition of their hard work as well as good practices in gardening and sustainability. 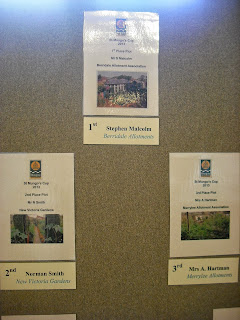 Award winners for the best plots.

There were arts and crafts activities for children and young people to get involved in. The fun-filled display about plasticine horticulture encouraged creative endeavours. 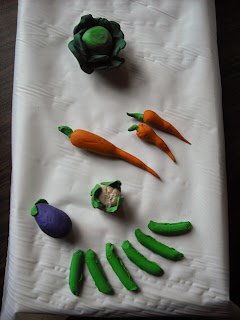 As part of my work to support allotments, I have been backing proposals for new rules to enable bee-keeping and poultry on allotments.

Posted by ScottishGreenParty at 14:27 No comments:

On Saturday 4th October, at the annual conference of the Scottish Green Party in Inverness, I took part in discussion about the work of Victim Support Scotland at a fringe event.

Currently, the Scottish Bill in support of victims and witnesses is making is way through the legislative process and it is expected to become law in the Spring of 2014. It can give support and provide safeguards to vulnerable witnesses. There is an opportunity for this legislation to give greater weight to the wishes of witnesses. The introduction of a Victims Fund to contribute to supporting the needs of victims of crime generally is welcomed.

I am very concerned that the needs of victims and witnesses are addressed alongside the efforts to prevent re-offending within local communities.

It makes sense to ensure that the work to improve the rights of victims and witnesses is joined up with the decision making locally by Community Justice Authorities.

Victim Support Scotland - http://www.victimsupportsco.org.uk/page/index.cfm
Posted by ScottishGreenParty at 15:28 No comments:

In recent weeks, I have received information about initiatives to raise awareness of human trafficking in Glasgow and across Scotland.

It is possible for anyone to discover a situation involving human trafficking. There is recognition that human trafficking is under reported due to the lack of knowledge and understanding. The victims are known to be trafficked for sex, for forced labour in construction, agriculture and health,  for fraud, and for organ removal.

This Summer, information materials have been produced to increase awareness about human trafficking and promote education of individuals and communities about and how to identify this crime and take action to stop modern day slavery.

Together against Trafficking in Human Beings - http://ec.europa.eu/anti-trafficking/
Posted by ScottishGreenParty at 14:40 No comments:

Today, I was glad to be able to enjoy a walk around, across and through our restored civic space. It was relief to see both the grass areas returned and the cleaner, bolder statues retained. 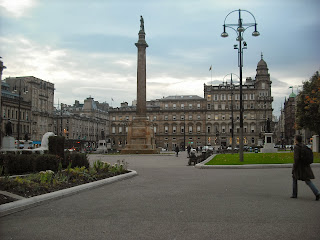 During my look around the Square, I noted that various passersby were absorbed in taking photographs of the statues and recording changes due to the revamp.

So far, it would appear that this historic listed landscape at the heart of our city centre has been preserved by the works undertaken.

I look forward to getting a chance to meeting up in the Square with various groups and individuals, as well as hear what people have to say about this restoration.

Posted by ScottishGreenParty at 16:27 No comments: