Refugee Crisis - Stand Up for Humanity

It is time for European Union's Governments to find a fair and humane solution to the refugee crisis. The European Union's Leaders need to clear the way for a root and branch reform of the dysfunctional Dublin asylum system. This system has failed and is causing confusion, chaos and uncertainty, harming those who are seeking asylum and refuge.   Neither the closing of borders nor the criminalisation of refugees and migrants can solve this crisis.

We also have to acknowledge the fact that the sudden influx of refugees will be the new norm, if we do nothing to tackle the root causes of the crisis, especially Climate Change. The irresponsible foreign policy of certain European governments and the US, which chose war before and instead of diplomacy, demonstrates just who should share the burden of responsibility in the current situation.

We can welcome agreement between EU Leaders on 22nd September for an emergency relocation system and emergency response funding. It is now critical that EU Governments improve cooperation and take steps to agree a more comprehensive long term solution in October. There has to be a permanent binding scheme for distributing asylum seekers across the EU, a legal entry system for refugees across Europe and meaningful funding for the UN Refugee response.

We have to demand that Britain steps up to its obligations and implements a UK wide relocation plan to tackle the growing refugee crisis. As we head into winter, it’s important that everyone seeking asylum has access to adequate shelter, food, clothing, shoes and hygiene products.

Posted by ScottishGreenParty at 15:37 No comments:

There are celebrations taking place for the move to new premises at the Fred Paton Centre as well as the arrival of autumn. Workshops and a ceilidh are being held on Saturday 17th October. 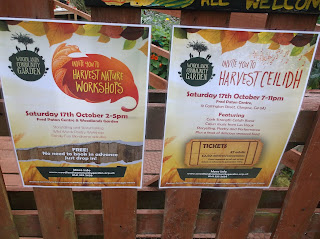 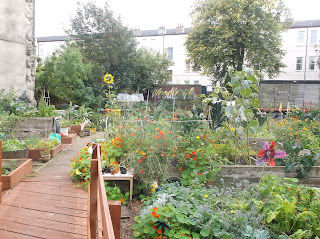 Woodlands Community Garden - http://www.woodlandscommunitygarden.org.uk/
Posted by ScottishGreenParty at 14:03 No comments:

Litter lying in our local streets

Today, I supported a clean up organised by Glasgow University Union Students and Bank Street Residents Association. This was organised in response to the concerns raised about the huge amount of litter lying around our local streets. 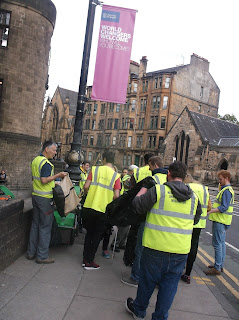 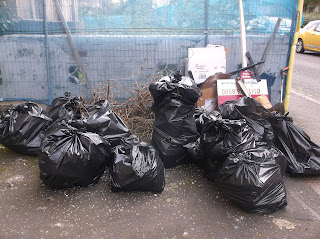 Some bags of rubbish gathered at the clean up.

There is an ongoing effort needed to tackle the litter problem in the area. There are plans for monthly clean ups involving local residents groups and student groups.

Posted by ScottishGreenParty at 13:34 No comments:

Further to a request from Friends of Kersland Lane and assistance from representatives of the Council's Parks Department, new floral displays have been arranged for Hillhead.These complement the existing planters which are full of flowers, within the gap site at Kersland Lane. 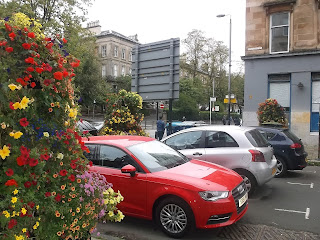 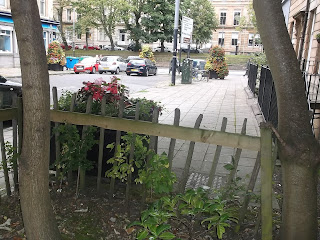 Floral display on pavement at entrance to the gap site. 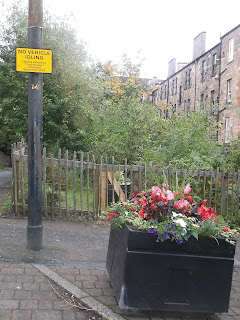 The addition of more flowers has enhanced the appearance of the area and helped to encourage more interested in the local environment amongst residents.
Posted by ScottishGreenParty at 13:41 No comments:

Songs at Kelvingrove Bandstand and Amphitheatre

Today, I went along to watch the premiere of a new film documentary about the Summer Season 2015 at the bandstand, in the nearby Andrew Stewart Cinema in the Gilmorehill Centre, Glasgow University. 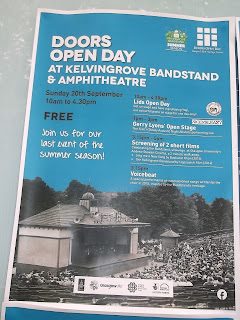 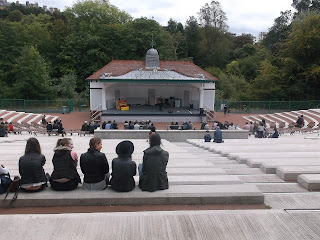 View of the bandstand at Doors Open Day on 20th September

The documentary was part of a community project supported by Heritage Lottery and it features new songs focusing on the bandstand by a specially created choir. The choir performed at the Doors Open Day. The piano music accompanying the singing was provided by Glasgow Piano City. 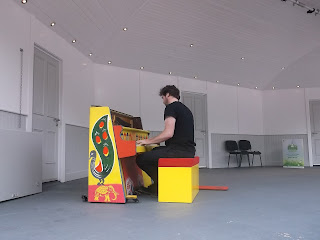 Posted by ScottishGreenParty at 13:23 No comments:

A successful application was made by Woodside Community Council's Heritage Group for Woodside Library to be part of Doors Open Day.

Woodside Library is Category B Listed and recognised as the first and grandest of Glasgow's Carnegie Libraries, designed in the Edwardian Baroque style by James Robert Rhind. The library's exterior including roof, balustrade, railings and entrance area have been repaired. Redecoration of interior features has highlighted the beautiful columns, cornicing and doomed ceiling. 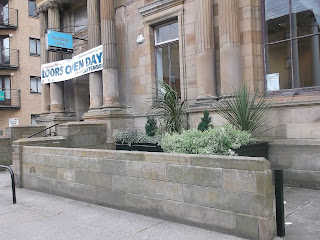 View of entrance to Woodside Library. 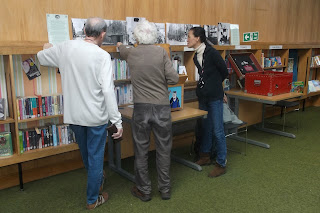 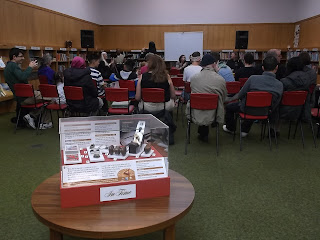 Through a partnership with Glasgow Life and staff from Woodside Library, a programme of events was provided by Woodside Community Council on Saturday 19th and Sunday 20th September. This included talks, heritage walk, music performance and heritage displays. I have given assistance with various issues as part of planning the programme.

There is an ongoing commitment to invest in the facilities and increase the use of Woodside Library. The importance of the libraries has been highlighted by the Carnegie Trust in recent research and support for a national strategy on library development. 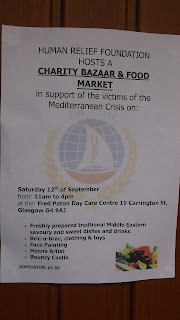 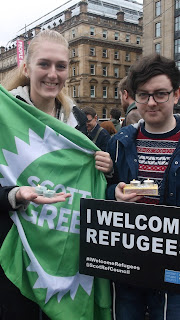 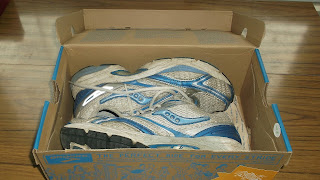 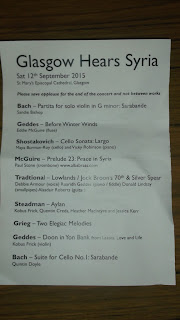 Posted by ScottishGreenParty at 14:50 No comments:

Shortlist for the Nature of Scotland Awards 2015

Yesterday, I attended a reception at the Scottish Parliament for the announcement of the shortlist for the Nature of Scotland Awards 2015.

I was amazed to discover that I had been nominated under the award category of Politician of the Year. During the reception, I heard that I had been shortlisted. I am invited to attend an award dinner on 19th November.

Further details about the awards are available at:
http://www.rspb.org.uk/whatwedo/scotland/natureofscotland/2015-shortlist.aspx
Posted by ScottishGreenParty at 15:21 No comments:

The importance of the Missing Persons Strategy

There are many thousands of people reported as missing each year. Also, taking in to account that there will be many unreported cases, this should be acknowledged as a significant issue for Glasgow City Council. A considerable amount of staff time and resources is involved in responding to missing persons incidents.  I was the seconder for a motion debated and agreed by Glasgow City Council on 10th September, as follows:-

"Council notes that more than 30,000 missing person cases are handled by Police Scotland on an annual basis. Children and young people make up approximately two thirds of the missing reports and although the vast majority of people who go missing return, or are found quickly, many vulnerable children and adults suffer harm and exploitation whilst missing and some never return.
Council welcomes the work being undertaken by Scottish Government with a range of agencies to develop a National MIssing Persons Strategy. The strategy can provide a focus for all partners including local authorities to work together to deliver preventative approaches, and to stregthen the response to cases, whilst providing support and protection for missing people.
Council agrees to submit a consultation response on the National Missing Persons Strategy and for this response to be considered by the relevant committee prior to the consultation's closing date of 30th November 2015."

This motion aims to raise the profile of the scale of 'missing persons' in Scotland and the partnership approach being developed by the strategy to address the issues for those who do go missing.

The new strategy can be welcomed by the Council as it will offer a focus for bringing together good practice to all aspects of handling missing persons incidents. There are a range of organisations involved – including council services such as social care, care homes for the elderly, children's homes, and schools. Responses to incidents are also made by Police Scotland, housing associations, or a range of third sector organisations. Many incidents go unreported to the police, but may be known to other agencies.

Of particular concern is that the data provided in the strategy includes estimates that 40% of people with dementia will go missing. The needs of people with dementia and their carers should be a high priority due to their need for protection from harm. Whilst walking home within the city centre, I was involved in supporting a person with dementia who had gone missing. Thanks to assistance from a local shopkeeper, the person was reunited with their family within a few hours of being reported missing.

The Council should contribute views on strategy and proposed actions by making a response to the consultation. It is crucial that council services who have experience of missing persons incidents are able to share their knowledge and expertise. This is critical in tackling the harm related to people going missing, and promoting cooperation and collaboration among agencies.

Also, I think that the Council has to consider the need for a local missing persons strategy linked to the new national plan. The consultation should be considered by relevant forums within existing structures such as the Community Planning Partnership and Community Safety initiatives to ensure that the response brings together resources to protect vulnerable people who are already priorities in the local Single Outcome Agreement.