Standing up for humanity

At rally in George Square, today, there were calls for the International Community to do more to protect the rights and lives of Kurds and other minorities in the deteriorating situation in the Middle East. Hundreds of Kurdish Yezidis, Christians and other religious and ethnic minorities in Kurdistan and North Iraq who have been killed or displaced by ISIS. 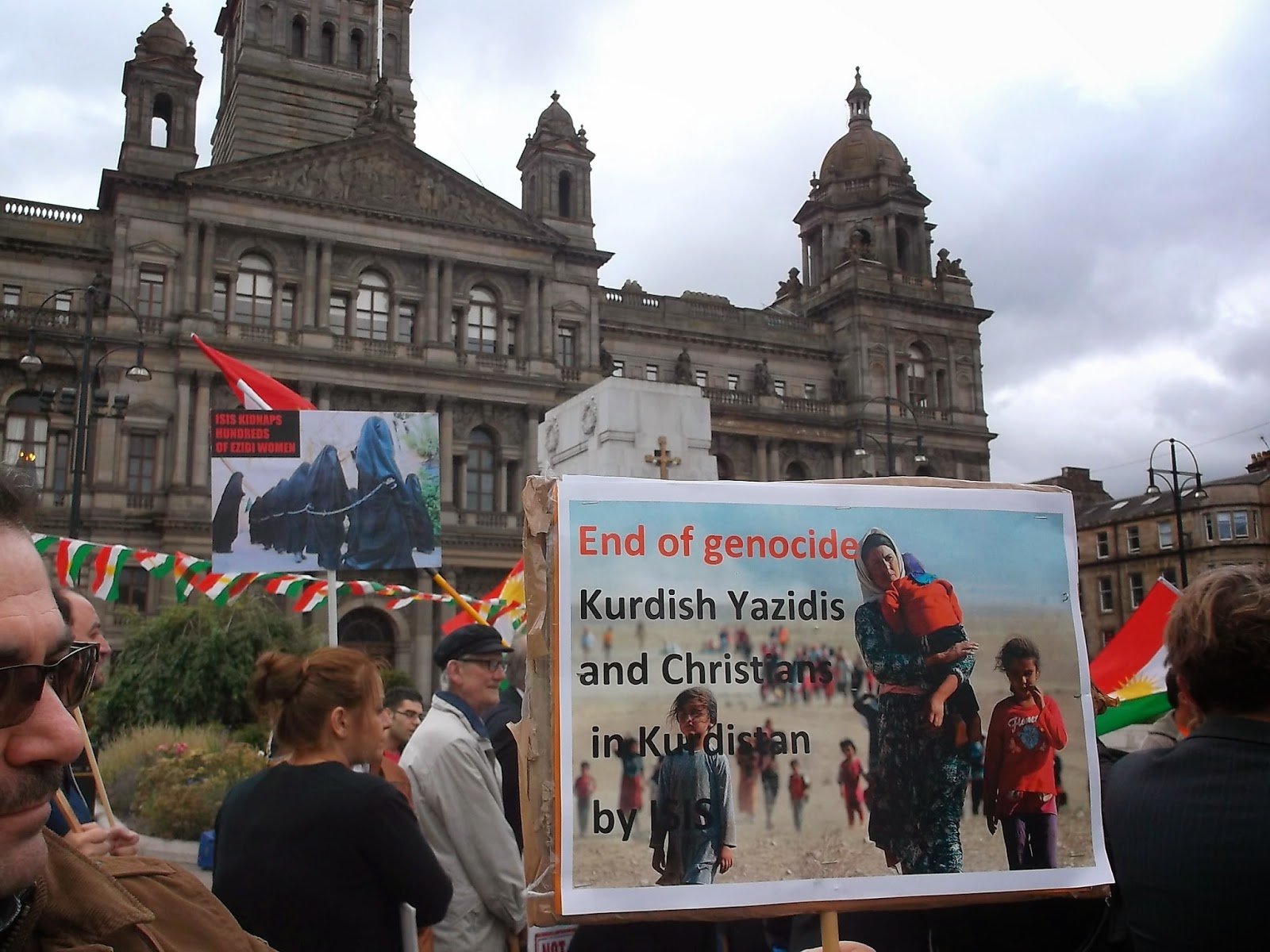 Banners on display in George Square.

It is often forgotten, despite persecution of some groups, that the Middle East has for centuries seen the largely peaceful coexistence of many religious communities; pluralism and tolerance have been strong. The current crisis, coming from the emergence of ISIS, is threatening the lives of all citizens in the region. With so many groups under threat, including women and LGBT citizens, those of all religions and none are suffering from the advance of a fundamentalist network of hate. Entire communities, including, Christians, Yazidis, Kurds and Shias, are being murdered or forcibly converted.

It has to be acknowledged that the Iraqi invasion of 2003 unleashed a spiral of misery and hostility, and while we reject US bombing campaigns or other forms of military intervention, we can call for the international community to protect the varied communities under assault in the region. The Western Governments bear much responsibility for promoting this tragic state of affairs. Bombing ISIS would only result in innocent civilians killed and land ruined further, and make the ISIS attackers yet more emboldened, so this cannot be the answer.

Even in the midst of war, killing prisoners is a crime.  ISIS and all armed groups and forces on every side of the conflict must end the killing and torture of prisoners, as well as the deliberate and indiscriminate attacks on civilians. These are all war crimes under international law and those responsible must be brought to justice. An independent and impartial legal investigation into the crimes committed against the Ezidi community by ISIS in the Sinjar region is required.

There have to be urgent efforts to protect groups facing persecution and offer to grant them refugee status in the UK.  The British government is urged to step up its support for those affected by the crises in Iraq and Syria by increasing humanitarian aid to the affected areas and by opening its door to refugees.

Progressive groups everywhere are encouraged to develop and strengthen links with all areas of Kurdistan and with Kurdish communities everywhere.

Posted by ScottishGreenParty at 08:57 No comments:

Tree works were carried out at sites on St Georges Road and Karol Path during May 2014. At this time, I raised questions about the reasons for the tree removals.

In response, I was advised that there were potential dangers to properties and the public from the leaning trees and also, their roots were deemed a trip hazard.

Further concerns about the tree works were highlighted during a conversation with a resident, today. 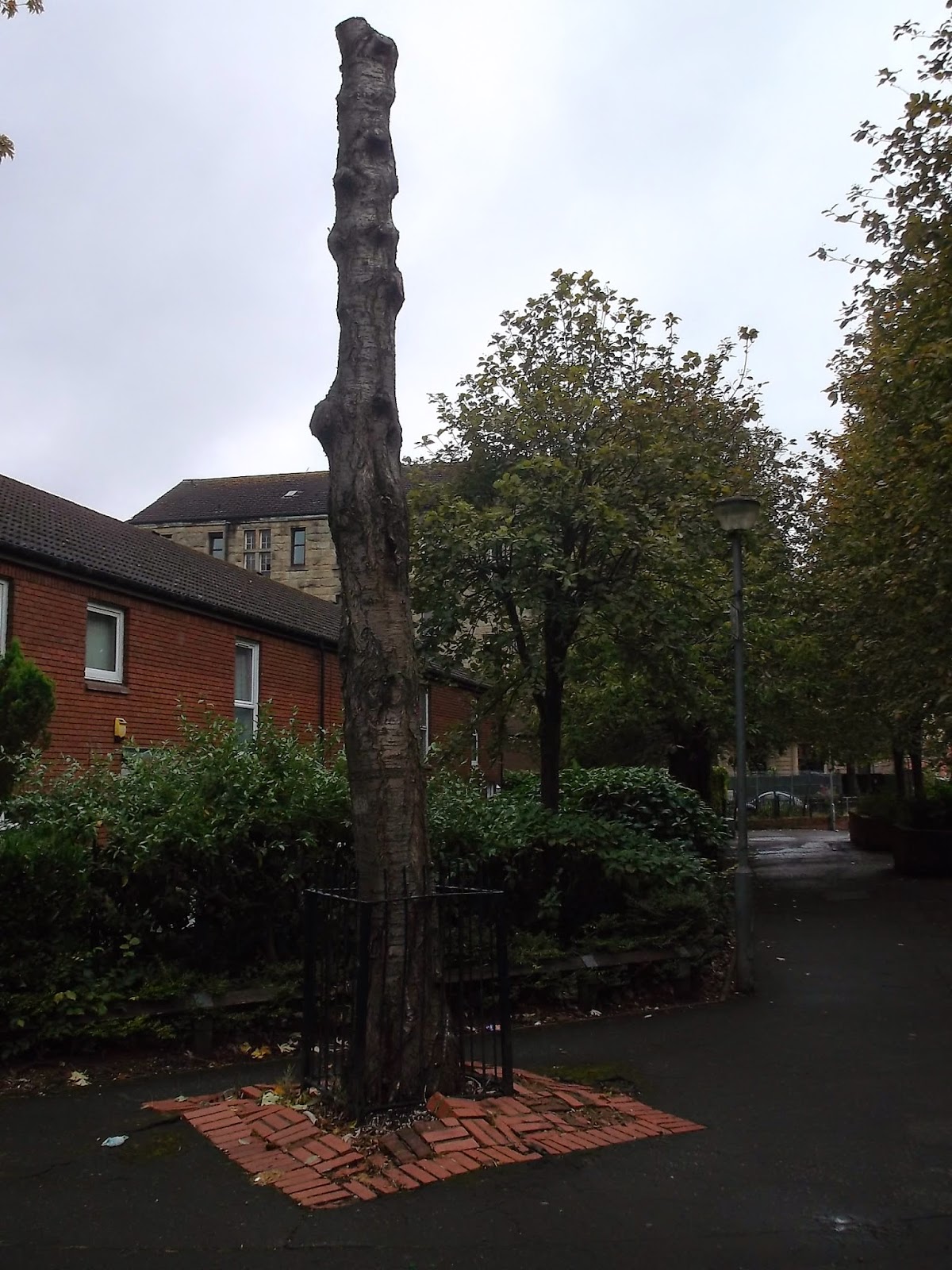 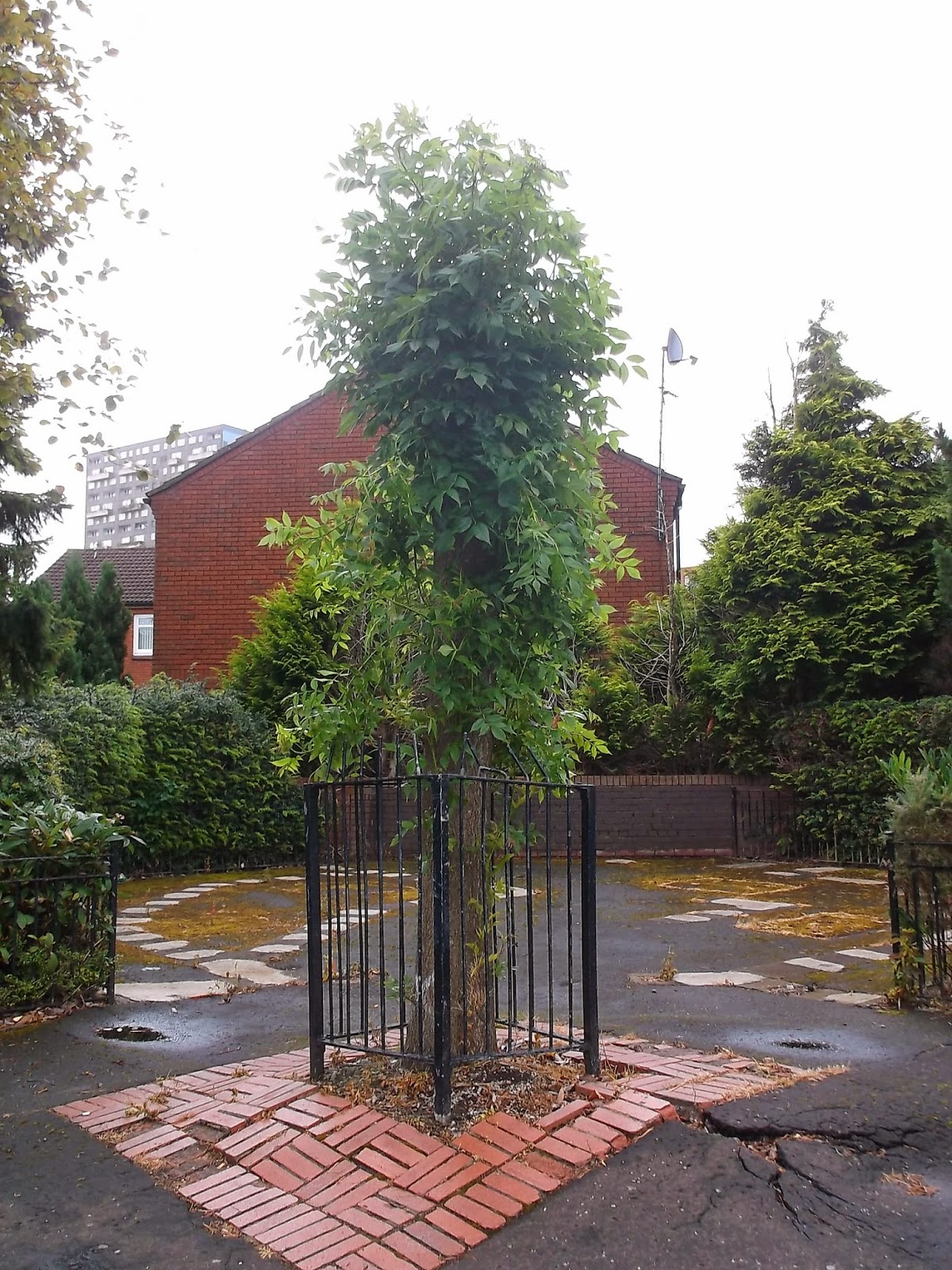 Trees cut back in Karol Path 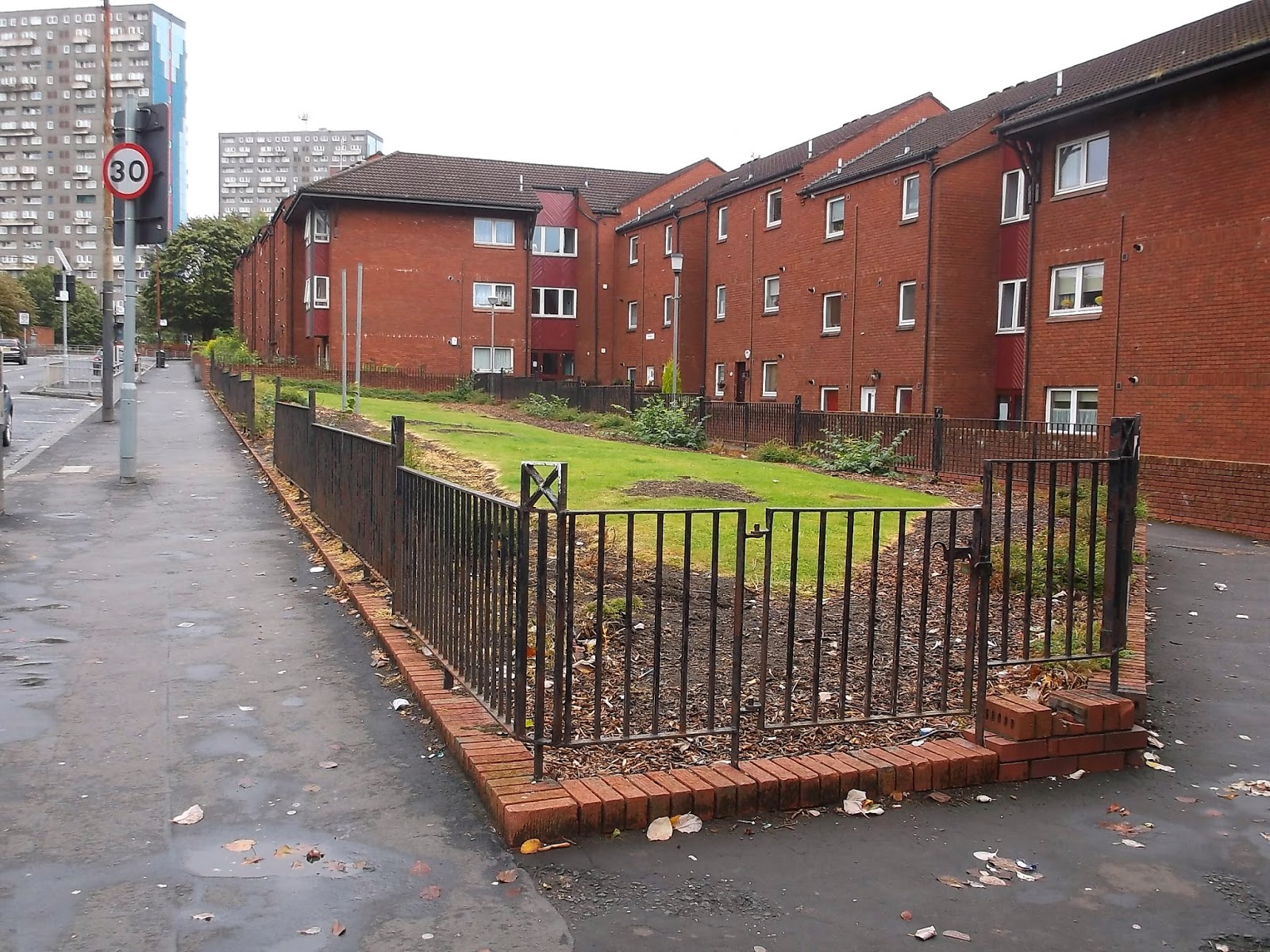 Greenspace on St. Georges Road where trees were removed

A request has been made to Queens Cross Housing Association for consideration to be given to replacement tree planting in St. George's Road. There is also dead tree in Karol Path to be replaced with another suitable tree.

Posted by ScottishGreenParty at 12:07 No comments:

Lease for pool at Abercorn school

During the last 18 months, I have supported the commitment by Education Services to explore all options to retain the swimming pool at Abercorn Secondary School, which is located on Garscube Road.  During 2012, it was put forward in the council's budget for closure due the cost of ongoing maintenance, energy and water.


I have given my support for the Council to enter in to dialogue with an external organisation, Making Waves Limited, with the aim of negotiating the leasing of the pool and operating it on a commercial basis.

A 10-year lease is now being considered by elected members. This will be reported to a meeting of the Children and Families Policy Development Committee tomorrow. Various issues have emerged during the dialogue including access to the pools for school pupils, legal obligations of the headteacher, security and renaming of the pool.  The new name for the pool is suggested as "Garscube Pool". There is a requirement to set an annual rent at a level to at least recover additional costs incurred.

There are comments being gathered from elected members prior to the formal lease agreement being prepared. I will support the proposed lease to ensure that the pool is retained for pupils and wider community within the Hillhead ward.
Posted by ScottishGreenParty at 14:17 No comments:

During my recent visit to London, I came across signs for a Low Emission Zone (LEZ). I had anticipated that I would find similar signs on streets around Glasgow during the Commonwealth Games.

As part of proposals to improve air quality and create a Greener Legacy, an initial plan was developed for "low emission zones" around the 10 venues at the Games. However, it emerged that it would not be possible to introduced these zones. An opportunity was missed to try out a new approach to reduce levels of air pollution and help cut deaths caused by poor air quality. Whilst there are no low emission zones in Scotland, they have been successfully introduced in London, Oxford and Norwich. 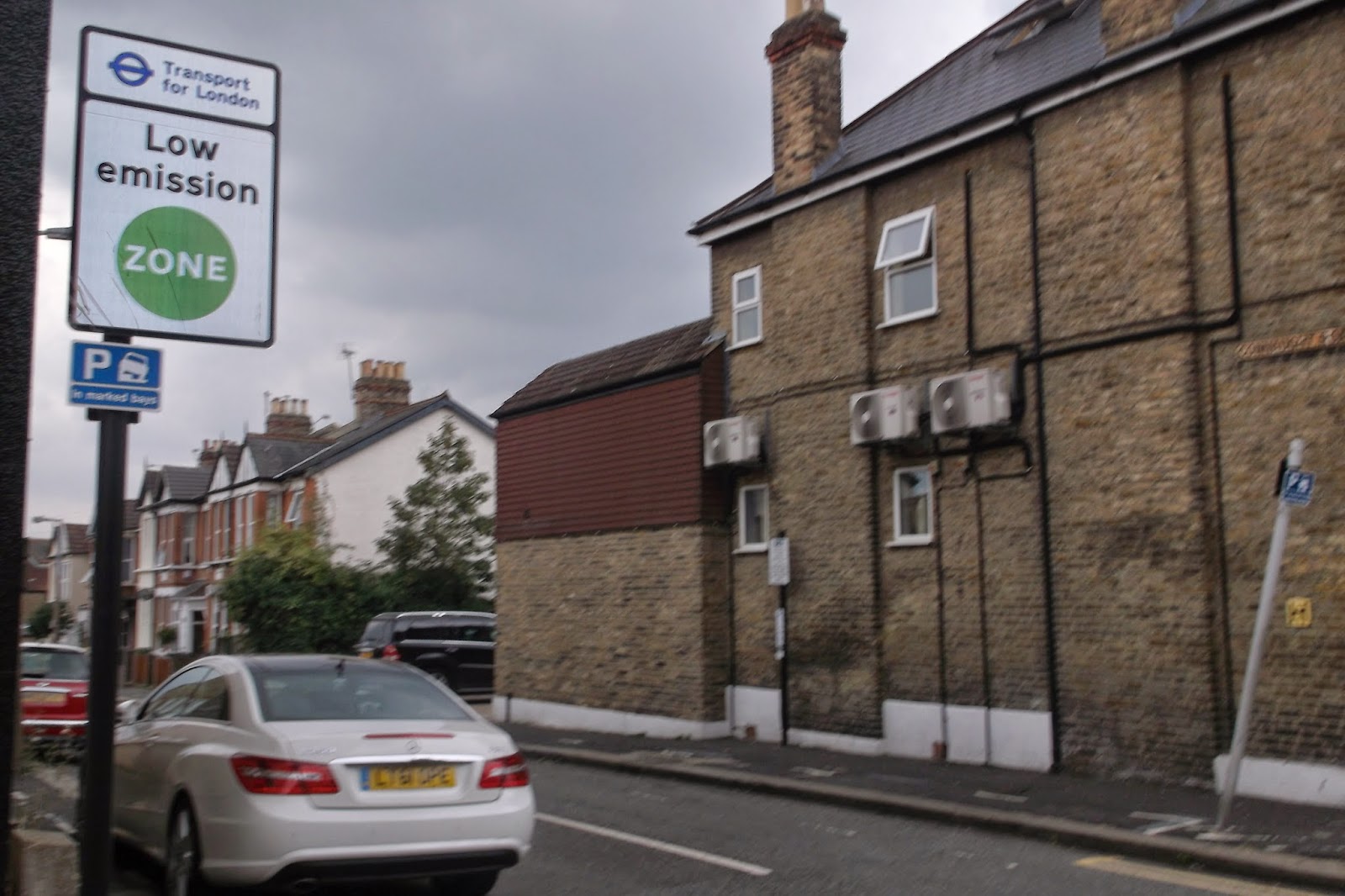 There could be useful lessons to learn from the operation of the Low Emission Zone (LEZ) which covers the majority of Greater London. It has developed since 2008 to support efforts to address the problem of polluting diesel vehicles.

Over the next few months, my focus is on strengthening proposals within a new Air Quality Strategy for Glasgow City Council and supporting the implementation of a Scottish Low Emission Strategy.

Low Emission Zone for Greater London - http://www.tfl.gov.uk/modes/driving/low-emission-zone
Posted by ScottishGreenParty at 15:19 No comments:

On 6th August 2014, I took part in a commemoration to mark the 69th anniversary of the destruction of Hiroshima by an atomic bomb. Glasgow CND held a short walk and meeting with readings and music at the peace tree at Kelvingrove Park. 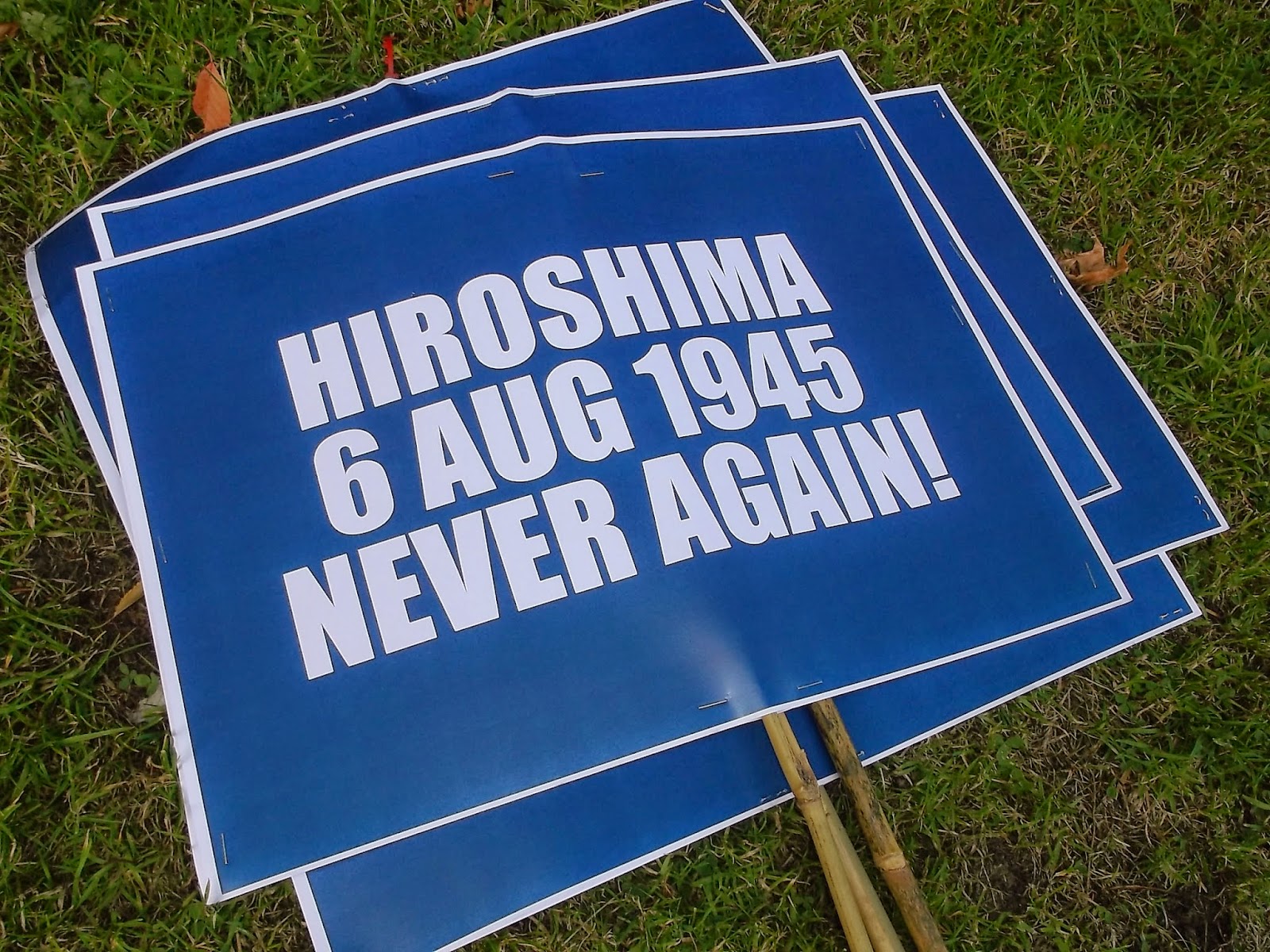 Banners and japanese lanterns carried during the commemoration. 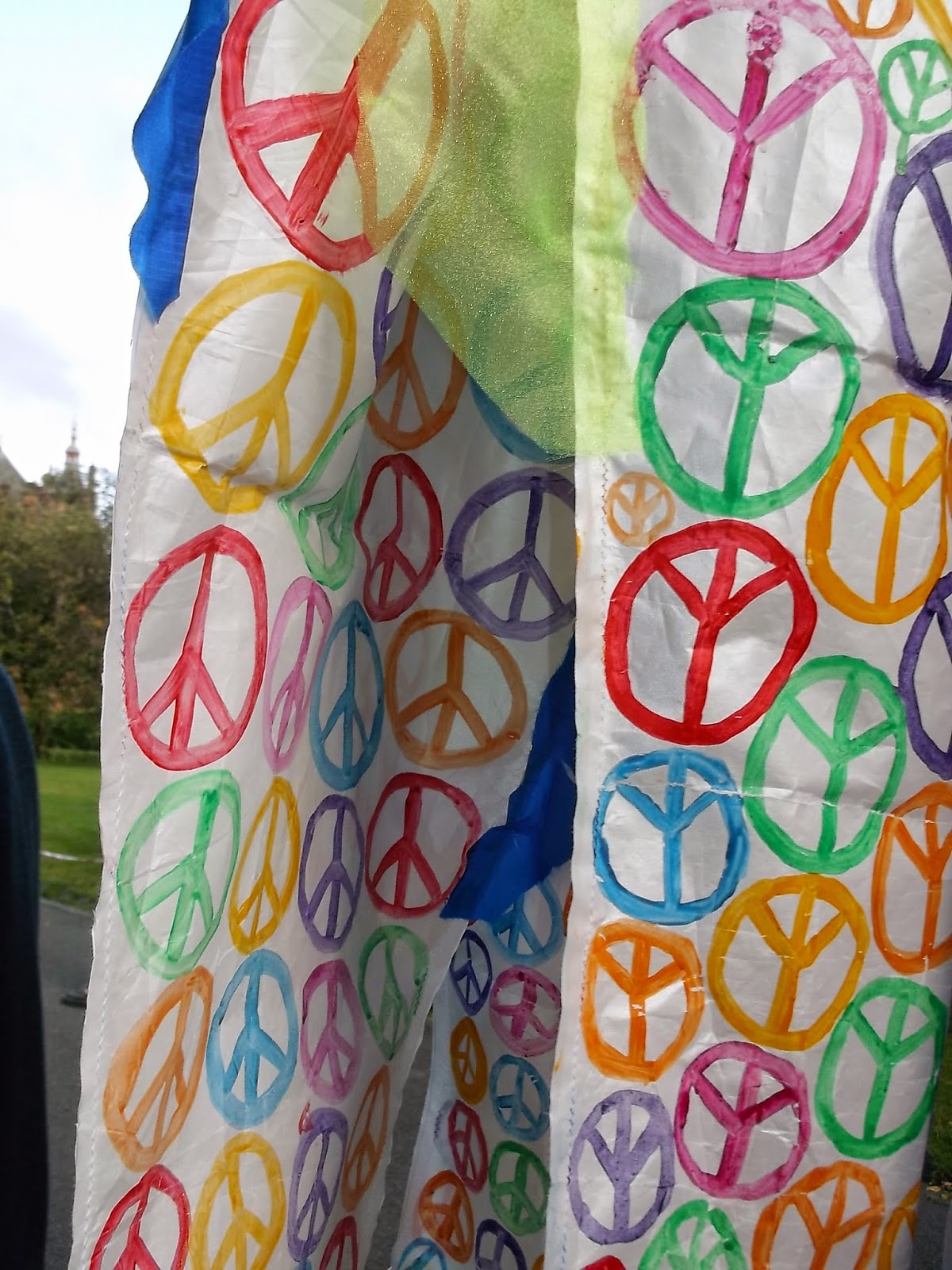 A series of education materials have been produced by Scottish CND to highlight the impact of nuclear weapons. There are videos for raise awareness in schools, with community groups and amongst the wider public. There are images of the devastation caused by the bombs dropped on Hiroshima.

Further details are available from the website at: http://www.banthebomb.org/education/

Posted by ScottishGreenParty at 14:44 No comments:

Over the last few weeks, several conversations with residents have highlighted the inadequate recycling facilities available within the Hillhead area.

Concerns have been raised about the loss of bottle banks at Belmont Lane and the need for extended bins at Hillhead Primary. 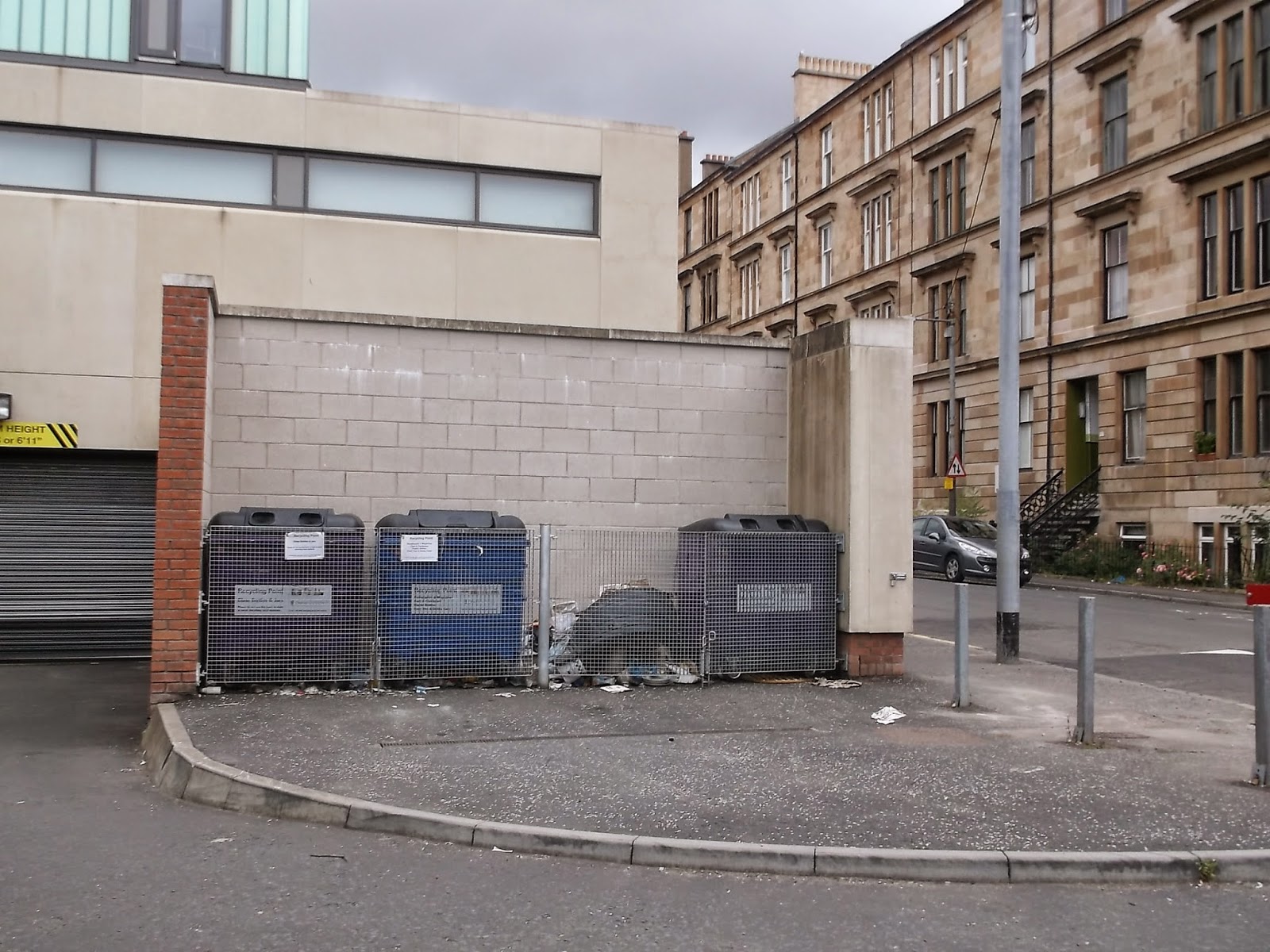 In the next month, discussions will take place with council officials to improve the facilities available.


Posted by ScottishGreenParty at 14:38 No comments:

During the Commonwealth Games in Glasgow, The Empire Café took place to create opportunities to explore the relationship with the North Atlantic slave trade through a range of activities. The excellent anthology of poems "Yonder Awa", submitted by Scottish and Caribbean poets, on Scotland and the North Atlantic slave trade was provided free of charge. On Friday, I attended the inspiring discussion with an informed panel of guest speakers including Lesley Riddoch and Professor Jeff Palmer. Evidence was shared about Glasgow's economic boom funded by the profits from the Slave Trade during the 18th and 19th centuries. The sons of wealthy Scots migrated to better themselves as slave masters on sugar plantations in Jamaica and the West Indies and  tobacco-producing areas of the United States, including Virginia. The families involved were the Smiths of Jordanhill, the Stirlings of Keir, the Cunninghams of Craigend, the Glassfords of Dougalston and the Speirs of Elderlie.

The outcome of the evening was the recognition that closer links are needed between Scotland and the countries where there were slave owning plantations particularly Jamaica.

There is a desire to strengthen cooperation between communities, businesses and government organisations based in Scotland and Jamaica.

Posted by ScottishGreenParty at 14:10 No comments:

A just peace in Israel and Palestine

Greens across Europe and the world continue to call for an immediate ceasefire in Gaza, and for a return to negotiations by Israel and Hamas with a renewed commitment to ongoing peace.

Already more than 1,500 people have been killed and more than 6,000 injured - many of them children. Schools, hospitals, and entire neighbourhoods have been destroyed. The humanitarian crisis is deepening, with according to the United Nations, the displacement of about a quarter of the population of the Gaza Strip during the ongoing fighting between Israel and Hamas. There are 1.7 million Palestinians in Gaza, and the UN estimates that up to 445,000 of them have been forced from their houses. About 245,000 are in UN shelters. The Palestinian Ministry of Social Affairs estimates that "as many as 200,000" more are "taking shelter with family, friends of others elsewhere in Gaza who haven't been forced from their homes. Gaza is a small, densely populated place and the Israeli military declared about 44 percent of the area a "no-go zone", telling the people living there to evaluate. An immediate concern is protecting civilians in crowded refugee centres and homes. Six schools, serving as shelters operated by the UN have been hit during the fighting.

In response, we can put pressure on the Israeli state through a targeted Boycott and Disinvestment campaign and join the efforts of the international community to pursuit a lasting peace. Along with Archbishop Desmond Tutu, the South African activist who fought to end apartheid, we can join a worldwide campaign calling on corporations profiting from Israel's occupation of Palestinian Territories to pull out their funding.

I am supporting the call for Glasgow City Council to; Fly the Palestinian Flag over the Council Chambers (like Dundee, West Dunbartonshire and Preston); Implement a clear Boycott and Disinvestment policy against companies benefiting from the Israeli occupation of Palestinian Territories; and Promote the twinning of Glasgow with Bethlehem since 2007, with road signs around Glasgow.

However distant a prospect achieving peace and justice might be, we have to continue to work to achieved this goal. A just peace in Israel/Palestine could be the catalyst for achieving wider peace in the region and across the world.

Posted by ScottishGreenParty at 12:43 No comments: