Today, I was involved in discussions about tree management issues and guidance available on the carrying out of works on trees in 23 conservation areas across Glasgow.

As you may be aware, there are planning issues relating to trees which require careful attention and more public information about trees in conservation areas is needed. 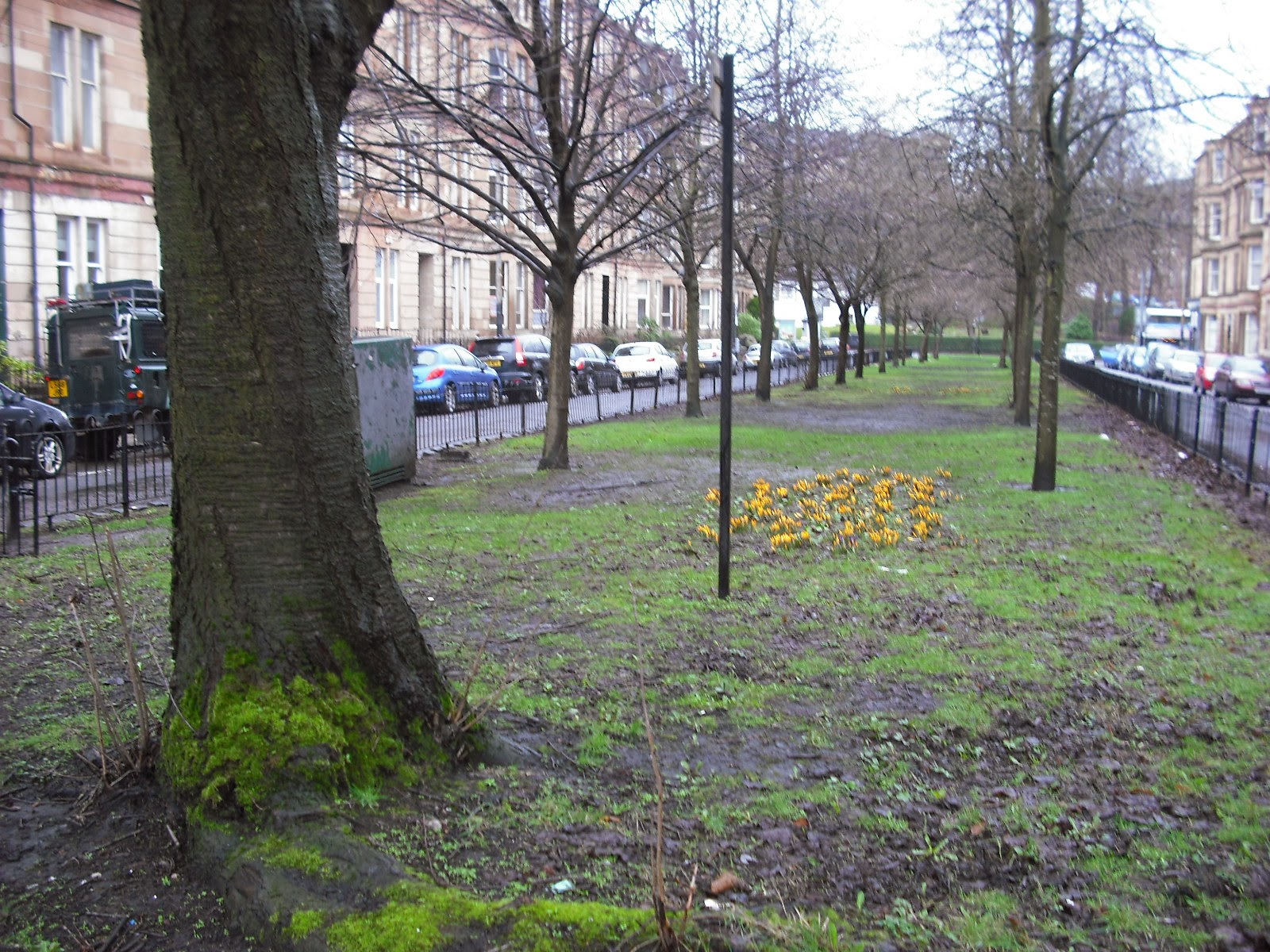 I am supporting a proposal to develop a leaflet to ensure that households in conservation areas are informed about the policies that give protection to trees. Also, I am assisting with the development of partnerships between community councils, allotments and other groups concerned about trees in the city.

Glasgow's Conservation Areas - http://www.glasgow.gov.uk/index.aspx?articleid=7071
Posted by ScottishGreenParty at 13:50 No comments:

Today, I gave my support to the Lord Provost's Malawi Rice Challenge by buying a bag of fairtrade Malawi Rice. 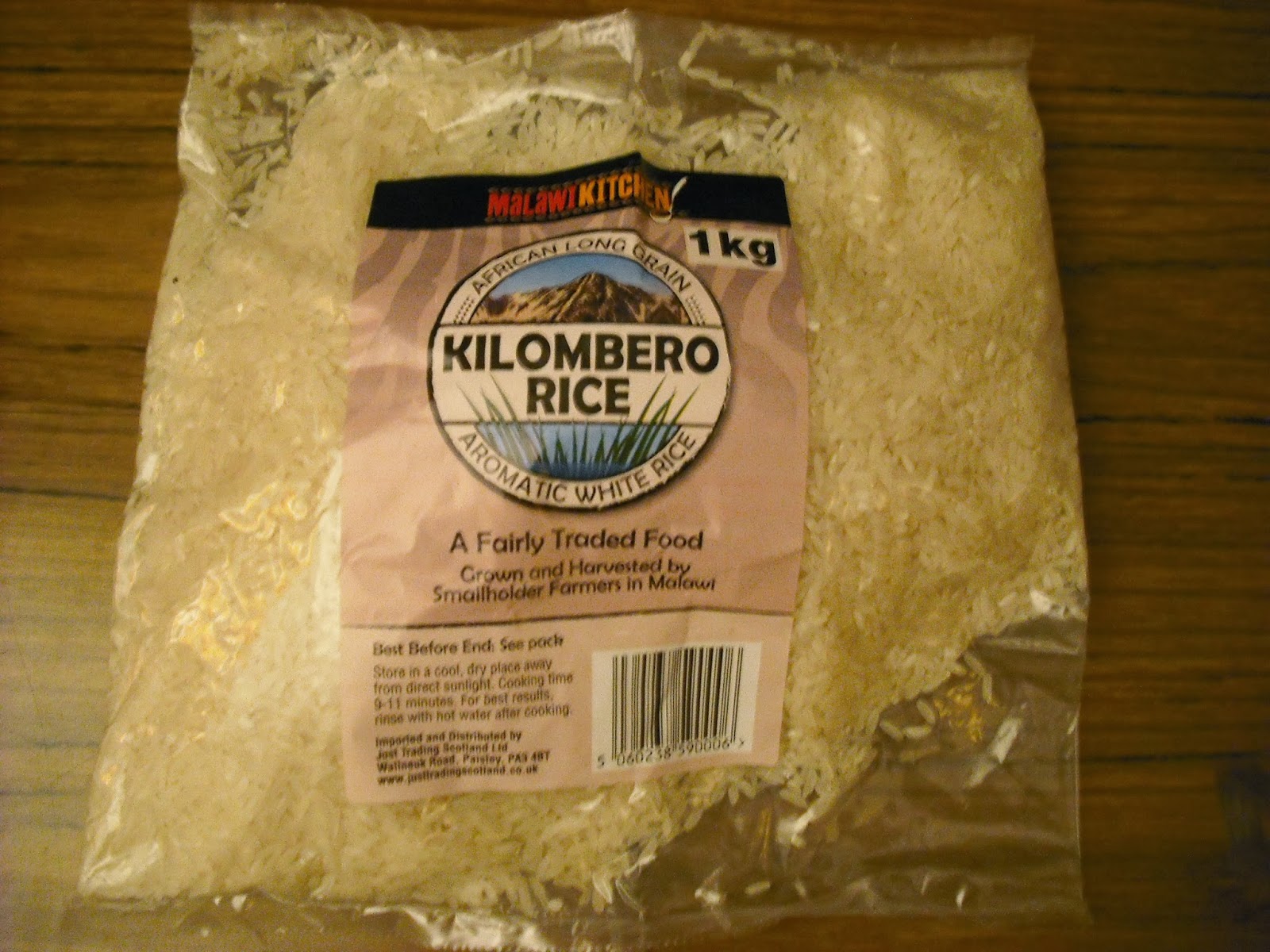 Every 90 kilos of rice sold can help send a Malawian child to high school for a year. This challenge is part of fairtrade fortnight.

The Fairtrade Foundation - http://www.fairtrade.org.uk/
Posted by ScottishGreenParty at 15:18 No comments:

Jogging on Kelvin Walkway on the morning of 9th February, I was stopped in my tracks by a fencing closing off the path with "Danger" sign displayed, near the Botanic Gardens at Garrioch Drive. 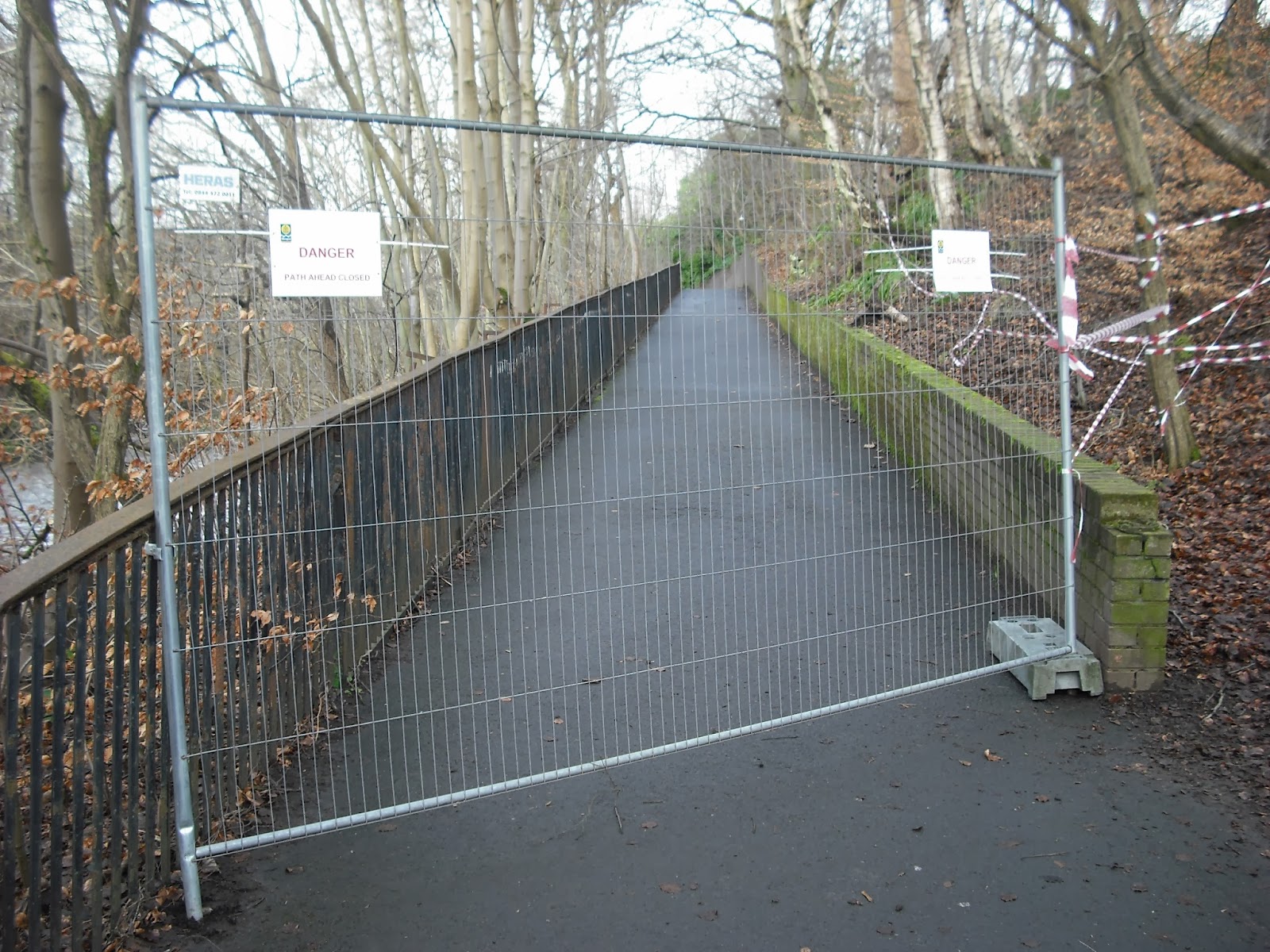 Fence blocking off the Kelvin Walkway for safety reasons.

Council staff have advised that the section of Kelvin Walkway to Garrioch Drive has been closed for safety reasons. There is "Longitudinal cracking" identified within the path above the River Kelvin. The path must remain closed until investigations can be completed by the Council.
I am very concerned to ensure this path is reopened as soon as possible as it is an important route for walkers and cyclists from across the west end.
Posted by ScottishGreenParty at 14:44 No comments:

Call for a Financial Transaction Tax

Today, a motion was proposed by the Green Councillors Group seeking Glasgow City Council's support for representation to be made to the UK Government calling for a Financial Transaction Tax (also known as the Tobin Tax) to be explored as soon as possible.

The levy gets its name from Nobel laureate James Tobin, who proposed it in 1972 as a means of reducing speculation in global markets. Supported by public opinion across Europe, a majority of member states want the financial sector to make a fair and proportional contribution to public finances. It is aiming to ensure that the financial sector makes a fair and substantial contribution to public finances, and to discourage financial transactions which do not contribute to the efficiency of financial markets or of the real economy.

The countries that are developing this tax are at the heart of Europe and include Germany, Belgium, Estonia, Greece, Spain, France, Italy, Austria, Portugal, Slovenia and Slovakia. Most of the remaining countries are supportive and reserve the right to join at a later date. It is only the UK Government which is working to block the tax.

I proposed this motion to push for a change of thinking within the UK Government and it was agreed by all councillors:-

"Glasgow City Council recognises the impact of the UK Coalition Government's public sector and welfare cuts on this City and its residents.Council believes that the levy of a Financial Transaction Tax on speculative financial transactions could provide a way of raising revenue and mitigating cuts to public services.Council agrees that the Leader of the Council should make representation to the UK Government calling for the Financial Transaction Tax to be explored at the earliest opportunity."

I hope that this support from councillors at Glasgow City Council will give encouragement to supporters of the Financial Transaction Tax and help build the efforts across Europe to introduce this tax on the financial sector.

Posted by ScottishGreenParty at 14:29 No comments:

This week, staff at Land and Environmental Services advised that restoration works will take place over the next 5 months in Kelvingrove Park. The projects will include:

During the last few days, I had a walk through the park and observed the works on the Honeyman Memorial Garden Renewal underway. 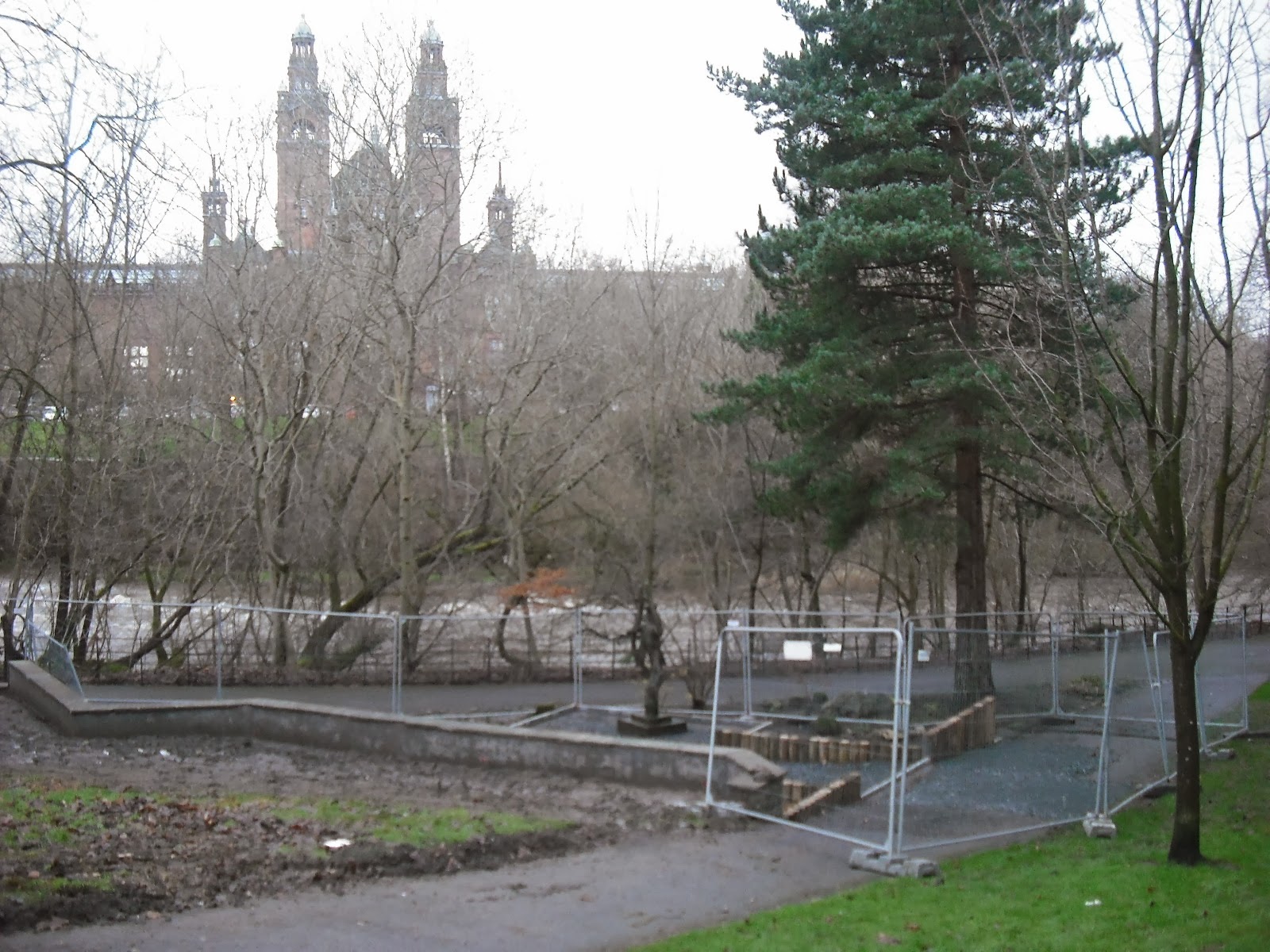 View on the Honeyman memorial garden on 25th January.

This investment is very much needed and compliments the restoration of the bandstand and amphitheatre. It will be interesting to watch the restoration taking place and completed prior to the Commonwealth Games.
Posted by ScottishGreenParty at 14:18 No comments:

The plans for a Spring Walk from 1st - 7th April 2014 from the Scottish Parliament to Faslane are being publicised.  An information leaflet and specific website has been developed by Scottish CND to encourage people to get involved. 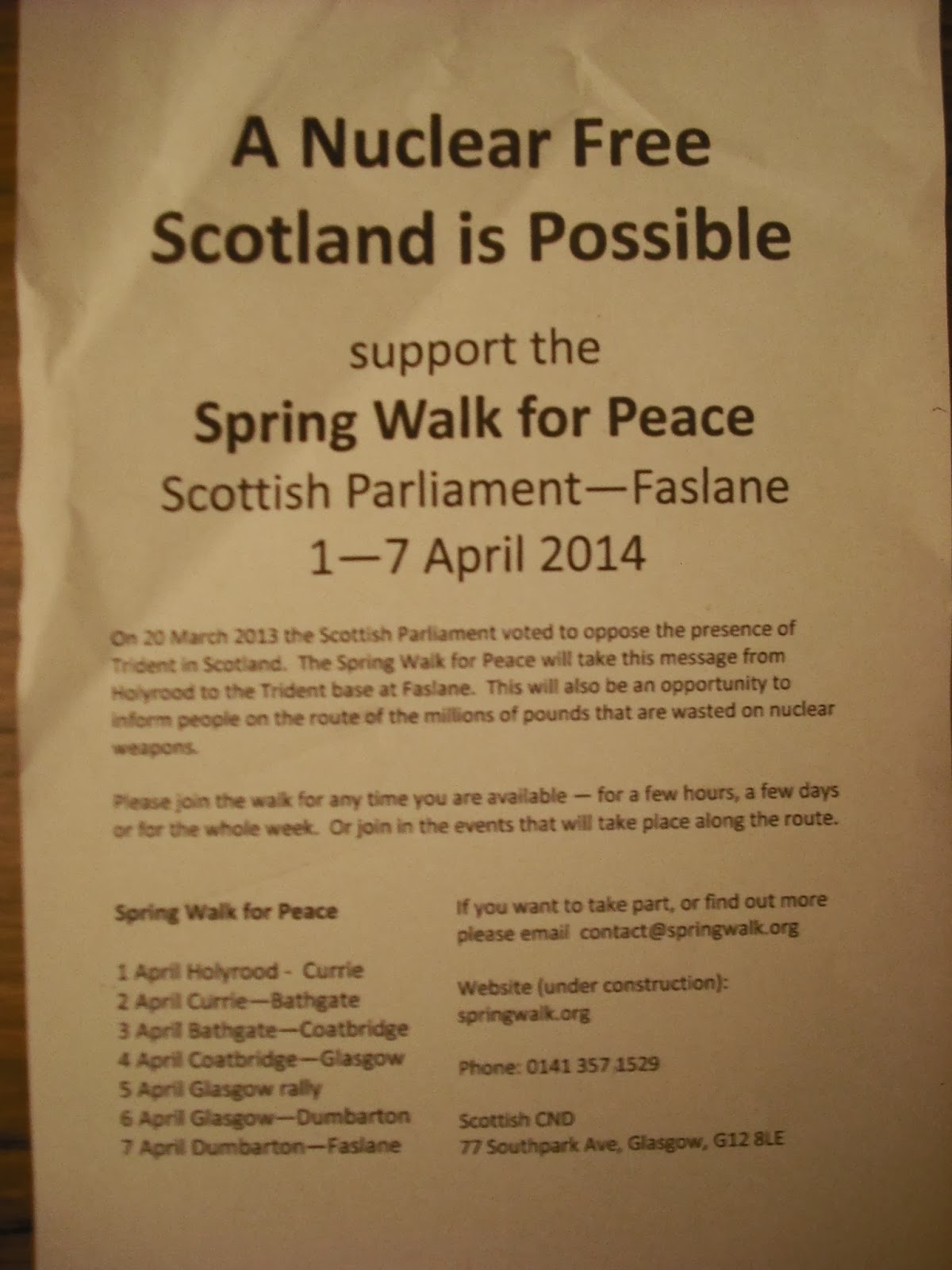 The walk will raise awareness of nuclear weapons across communities in Central Scotland and promote discussion about how the money funding weapons of mass destruction can be better spent.

It will support debate on nuclear weapons ahead of the Independence Referendum on 18th September. Scottish Independence is likely to lead to British Nuclear Disarmament.

Concert to pay tribute to carers

During January, I attended memorable concerts hosted by Celtic Connections. One of the most significant events was the Concert for Alliance Scotland on 20th January. It was a great success featuring various artists who gave their support to carers and their families, along with the professionals that support them.

The vision of the Alliance Scotland for the concert:
"is for a Scotland where people of all ages who are disabled or living with long-term conditions, and unpaid carers, have a strong voice and enjoy their right to live well, as equal and active citizens".

During the interval, it was possible to gather useful information and advice from various organisations providing support to carers. 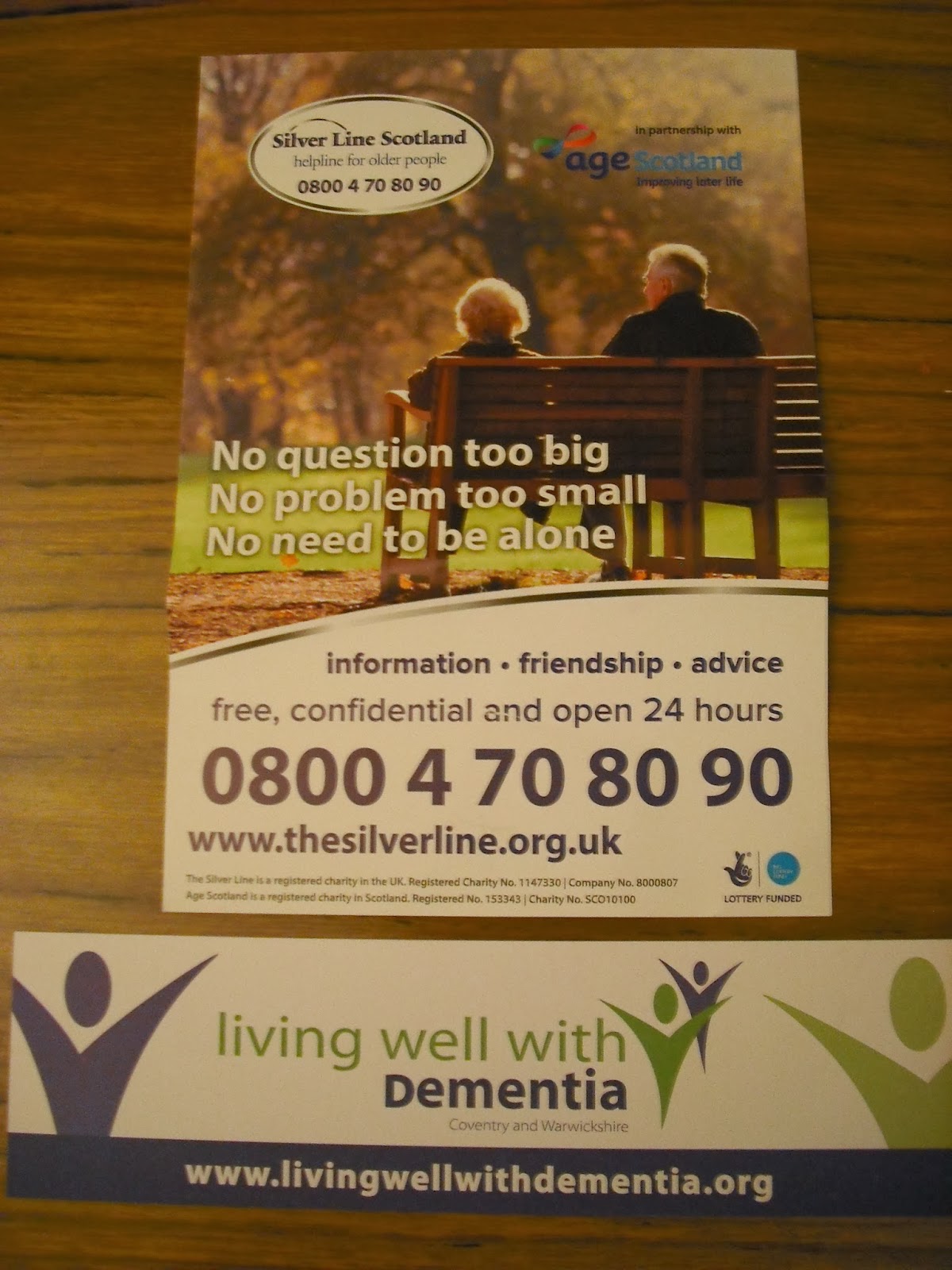 It was a really enjoyable gathering which gave a boost to people involved in caring. I hope this event will encourage other groups to organise similar concerts for carers in the year ahead. Let's hope a concert for Carers can become a regular part of Celtic Connections.