There is a revised plan for a house to be built on greenspace at the corner of Doune Gardens and Belmont Street which continues to raise objections from neighbours and the wider community. 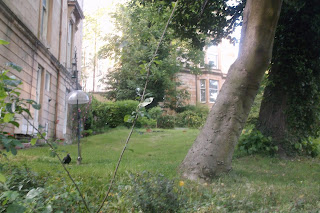 View of the greenspace site 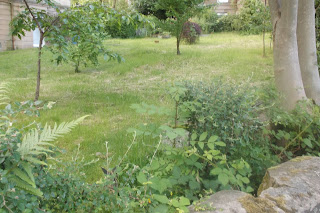 In my objection to the proposal, I have highlighted that the tree survey is out of date and that there is a lack of any evidence from investigations in to the ground conditions being provided. This site is a vital "green lung" within a congested residential area. It should be protected from housing development. This site should be preserved as amenity space promoting air quality and enhancement of the environment for tenemental households in the surrounding streets.
Posted by ScottishGreenParty at 15:47 No comments: 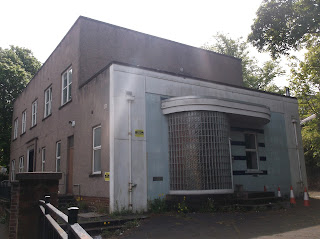 There is a proposal seeking planning consent from Glasgow City Council to demolish the existing two storey building and for a seven storey apart-hotel to take its place at 127 Fergus Drive. The planning reference number is 17/00985/DC and the closing date for comments is 9th June 2017. I have attended several community meetings to discuss this proposal and to hear the views of residents in the last two weeks. There are a wide range of reasons why this proposal is unacceptable to the local community including;

Pressure on limited local on street parking:  Given the already overloaded “uncontrolled parking zone” surrounding the site, and no way to prevent short-stay residents bringing a car - it is completely unacceptable to disadvantage local residents by creating additional pressure.  In heavily tenemental areas like this, the night-time pressures are high, which would coincide with peak demand from the proposed development. A Restricted Parking Zone would be the only way to control this conflict, but none exists.  Also no mention is made of addressing staff parking needs.  Whilst it is expected that Student Accommodation can prevent students bringing cars, an Apart-Hotel cannot.

Arrangements for Deliveries /Servicing other than Waste are not mentioned. Large vehicles would find difficulty and cause road safety issues and dangers to local residents in reaching Fergus Drive entrance  due to the one-way system.

In terms of materials, the glassfibre concrete panels, even if they are coloured 'sandstone', are not acceptable for this area within the Glasgow West Conservation Area;  the finish, especially for a building that would be so over-dominant, must be stone.

The Lantern of huge, elevated glass structure may be considered suitable by daylight, but must not be used as a “beacon” in the dark.

The scale of the plan for Queen Margaret Drive and Fergus Drive is a significant concern. The Apart-hotel will loom over the buildings in these streets.  It is even higher than the modern blocks which are further up the hill;  a new development could reasonably be the same physical height as these, but of course would be visually lower as it steps down the hill.  It also looms above the tenements across the street in Fergus Drive, taking its parapet or wall head height from the roof ridge of the tenement. This is invisible from the street, rather than the wall head height of the tenement.  Further east, as it goes up the hill, it ignores even that and rises away above the roof ridge of the tenement.

The scale of the plan within Wilton Street is not appropriate, as this is where it will tower over the neighbouring two-storey  B Listed villas.

It will result in the loss of Mature trees, unlike other buildings the gables of the proposed development extend to the back of the pavement. These trees are an essential feature of the much-loved “leafy west end” character,  and healthy for the city.

Please note the closing date for objections has been extended. The new deadline for submission of comments is 30th June 2017.
Posted by ScottishGreenParty at 15:29 No comments:

On a walkabout, I visited the wildlife garden at Glasgow University. This is a beautiful space providing important wildlife habitats including a pond and compost area. 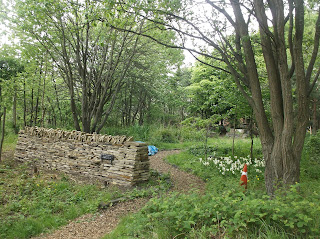 View of the new wall in the garden 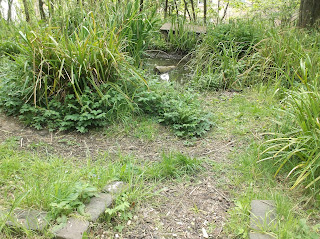 View of the pond.

The dedication and commitment of staff and students at Glasgow University has ensured that the wildlife garden is sustained. Thanks go to everyone who has provided the resources to ensure the garden is looked after.
Posted by ScottishGreenParty at 15:16 No comments:

There is an open space on the corner of Lynedoch Street and Woodlands Road which is a important amenity for the community. It is well used by dog walkers but has a litter problem which creates an eyesore. Some graffiti has been put on the wall. Perhaps, it would be more appropriate for a mural to be designed for the area. 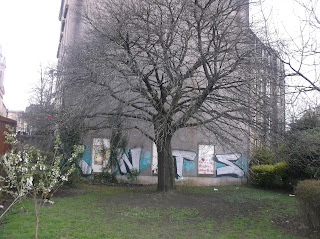 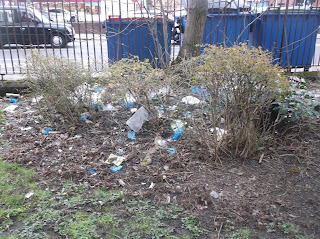 Littering in the open space.

I am interested in supporting clean ups and artworks for this open space. I will be working with residents to develop activities to enhance this space for use as a community garden.
Posted by ScottishGreenParty at 15:03 No comments:

Within Kelvingrove Park, there is a magnificent Azalea Walk located on a path nearby the Sunlight Cottages. The Azalea Walk is overgrown. Friends of Kelvingrove Park are organising an event for volunteers to help with weeding and removal of the saplings growing up through the azalea bushes. 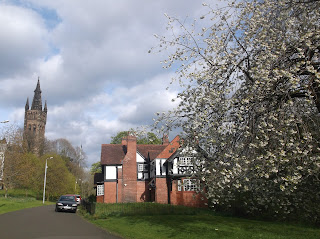 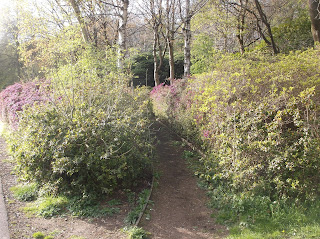 View of Azalea Walk
The council will provide a gardener to train volunteers on the day and all the equipment we need – plenty of gloves, spades, black bags, etc!

Meet at the Bandstand on Kelvin Way at 2pm on Sunday 4th June. This is a family-friendly event of course – children and babies very welcome.
Further details, please enrol on the Kelvingrove Park Facebook page.
Posted by ScottishGreenParty at 14:52 No comments: