Today, I spoke on behalf of the Scottish Green Party at the Scottish National Demonstration for Palestine in Glasgow. Thousands gathered to let the world know that Scotland supports Palestine - Stop Bombing Gaza! End the Occupation! Free Palestine! 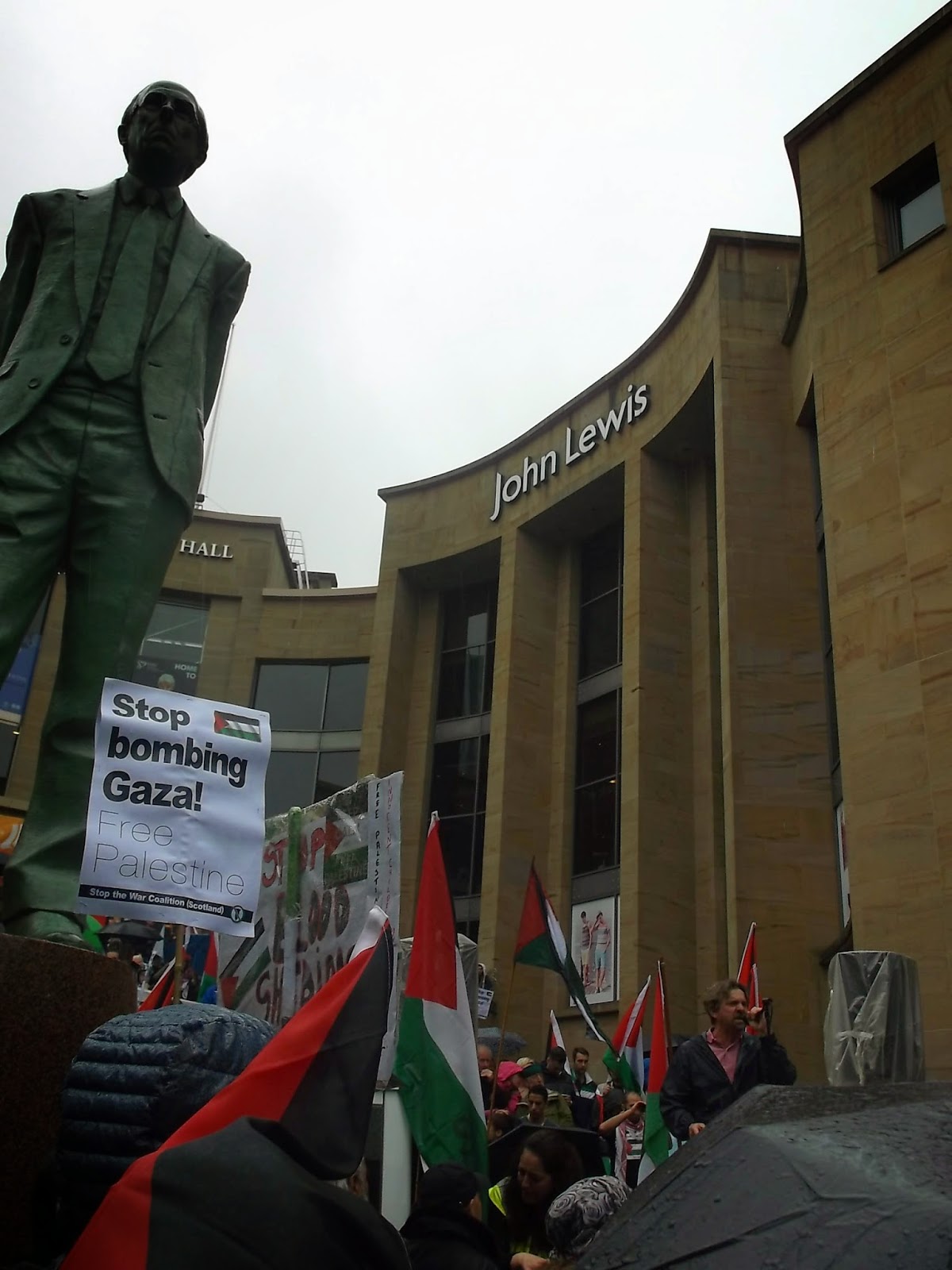 I give support to the call by Caroline Lucas MP urging the UK Government's Foreign Secretary, Philip Hammond, to step up action to secure an end to this week's escalation of violence between Israel and Palestine, and to oppose the Israel military ground attack in Gaza. Unless the international community speaks with one voice to demand a cease fire, yet more civilians lifes will be lost and more families will be torn apart by grief.

The Palestinian death toll is increasing rapidly and Israel needs be held accountable for using missiles in densely populated neighbourhoods. This policy is in breach of international human rights standards. The collective punishment of the Palestinian people is unacceptable. However, so too is the firing of rockets into Israel by Hamas fighters. Use of violence on both sides has to be condemned. The UK and Scottish Governments can do much more to work towards securing a long term and just peace in the region, based on a two state solution.

In addition, Scottish Greens are supporting the calls for the UK and Scottish Governments to take action as part of the global movement for boycotts, divestment and sanctions to put immediate economic pressure on the Israeli government. 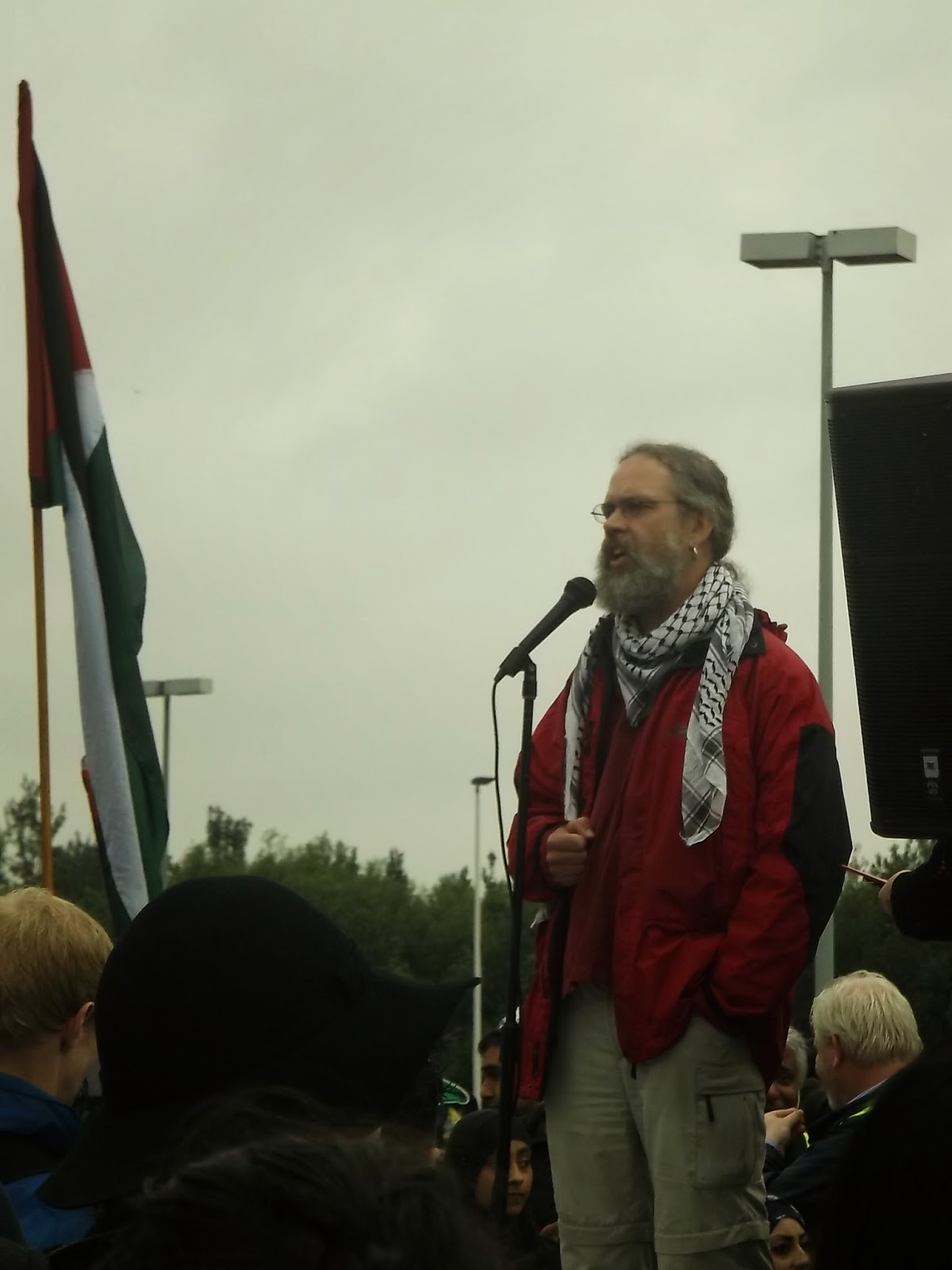 Eurig Scandrett from Friends of the Earth International

In 2005, Palestinian grassroots organisations were inspired by the South African anti-apartheid movement, the boycott, divestment and sanctions (BDS) movement. They have developed mass support and are persuading companies, cultural institutions, artists and governments to join or observe the boycott of Israel.

The successes and growth of the global boycott, disinvestment and boycott movement has only been possible because of the creative and determined action by people and organizations and trade unions across the world.

Get involved today and help to build the international movement against Israel’s regime of occupation, colonialism and apartheid. The most basic step is to stop buying products and services of Israeli companies and, whenever feasible, of international companies involved in Israel’s human rights violations.

It is UN International Year of Solidarity with Palestinian People. This was agreed by resolution A/68/12 dated 26 November 2013 at the UN General Assembly. We can work to promote solidarity with the Palestinian people and contribute to mobilization of global action towards the achievement of a comprehensive, just and lasting solution of the question of Palestine in accordance with international law and the relevant resolutions of the United Nations. 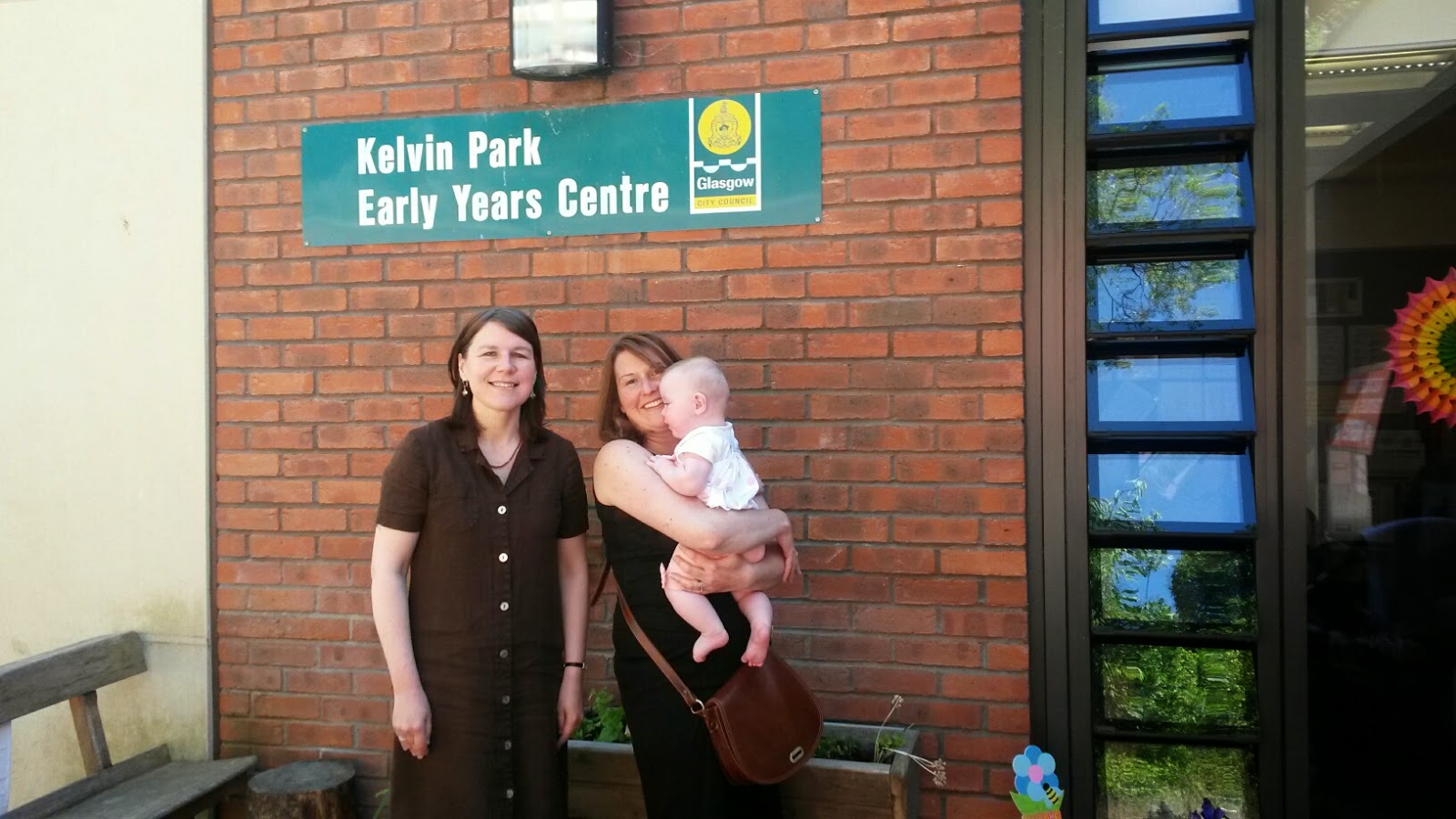 The end of the Public Consultation period is 29 September 2014. I will be meeting with parents and other groups to hear views on the proposal over the next 2 months.
Please refer to the webpages at: www.glasgow.gov.uk/schoolconsultation
Posted by ScottishGreenParty at 13:41 No comments:

Remembering WW1 and its impact

Yesterday, I took part in a meeting organised by Scottish CND which reflected on the events of World War 1. It also discussed how to build the peace and solidarity movement in Scotland, Britain and across the world. There were key speakers talking about a century of militarism, the role of the US in Asia and the experience of Venezuala.

In remembering World War 1, it should be recognised that Glasgow was a major military recruitment centre with over 200,000 men joining the armed forces between 1914-1918, either as volunteers , or from January 1916, as conscripts. In addition, the industries of the Clydeside such as shipbuilding, steel and engineering were directed overwhelmingly towards the war effort.

It is essential that acknowledgement is provided for the courage of many involved in this war but also to remember the almost unimaginable devastation caused.

During the research that I have undertaken about the World War 1 commemorations, I have become aware of an open letter produced by No Glory in War. There is a need to ensure that this anniversary is used to promote peace and international co-operation.

No Glory in War - http://www.noglory.org/
Posted by ScottishGreenParty at 13:42 No comments:

Flowers in bloom across Woodlands

During my walks around the Woodlands area, I have noticed the blooms in many of the gardens. This year, it seems that garden maintenance has improved and there has been an increase in the number of gardens planted out with flowers. 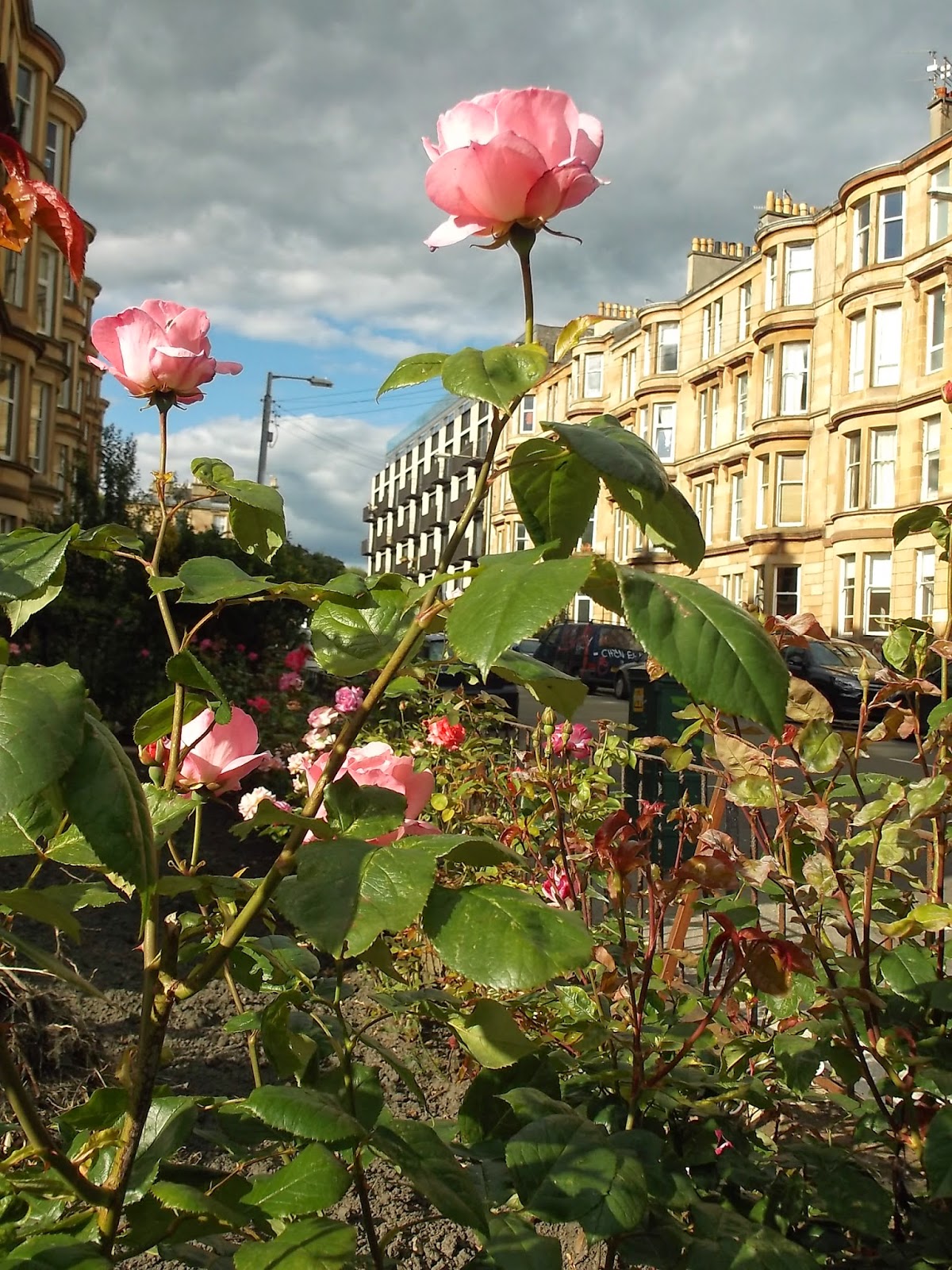 It makes walking along West Princes Street a more enjoyable experience. The majority of the front gardens have been landscaped and cleared of weeds or have trimmed hedges. I am really impressed by the rose beds which are really beautiful. 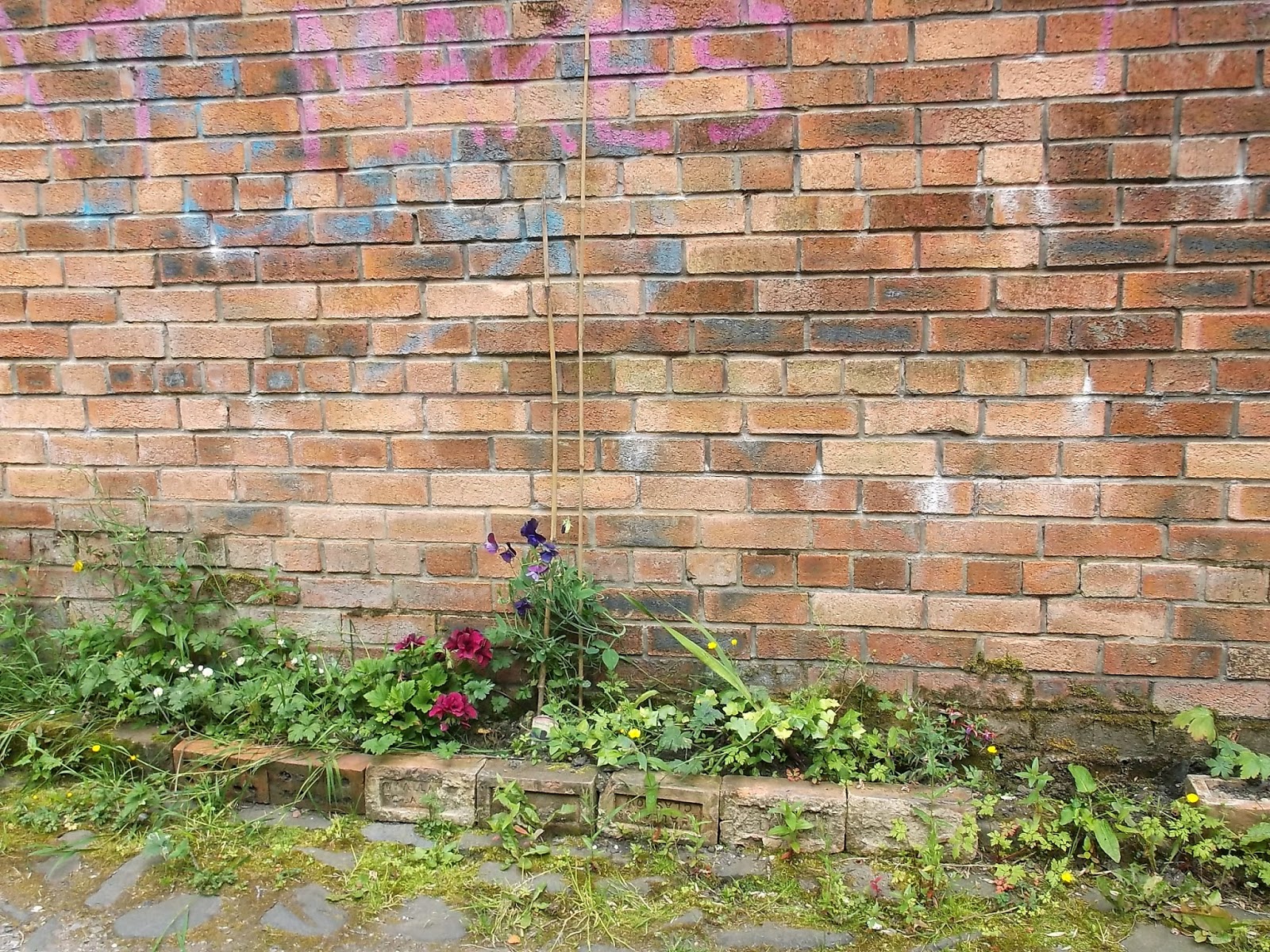 Flower bed in a back lane.

There have been efforts to enhance several of back lanes with planting of shrubs and flowers. Hopefully, this will help keep the lanes tidier and discourage flytipping. It is really helpful to have the Woodlands Community Garden nearby to support gardeners on an ongoing basis.
Posted by ScottishGreenParty at 13:19 No comments:

Making a visit to Otago Lane

This week, I visited "Mixed Up Records", one of the few independent record shops in Glasgow to search for songs by some of my  favourite musicians. This record shop is one of the established businesses on Otago Lane, a beautiful location in the heart of Glasgow's West end. 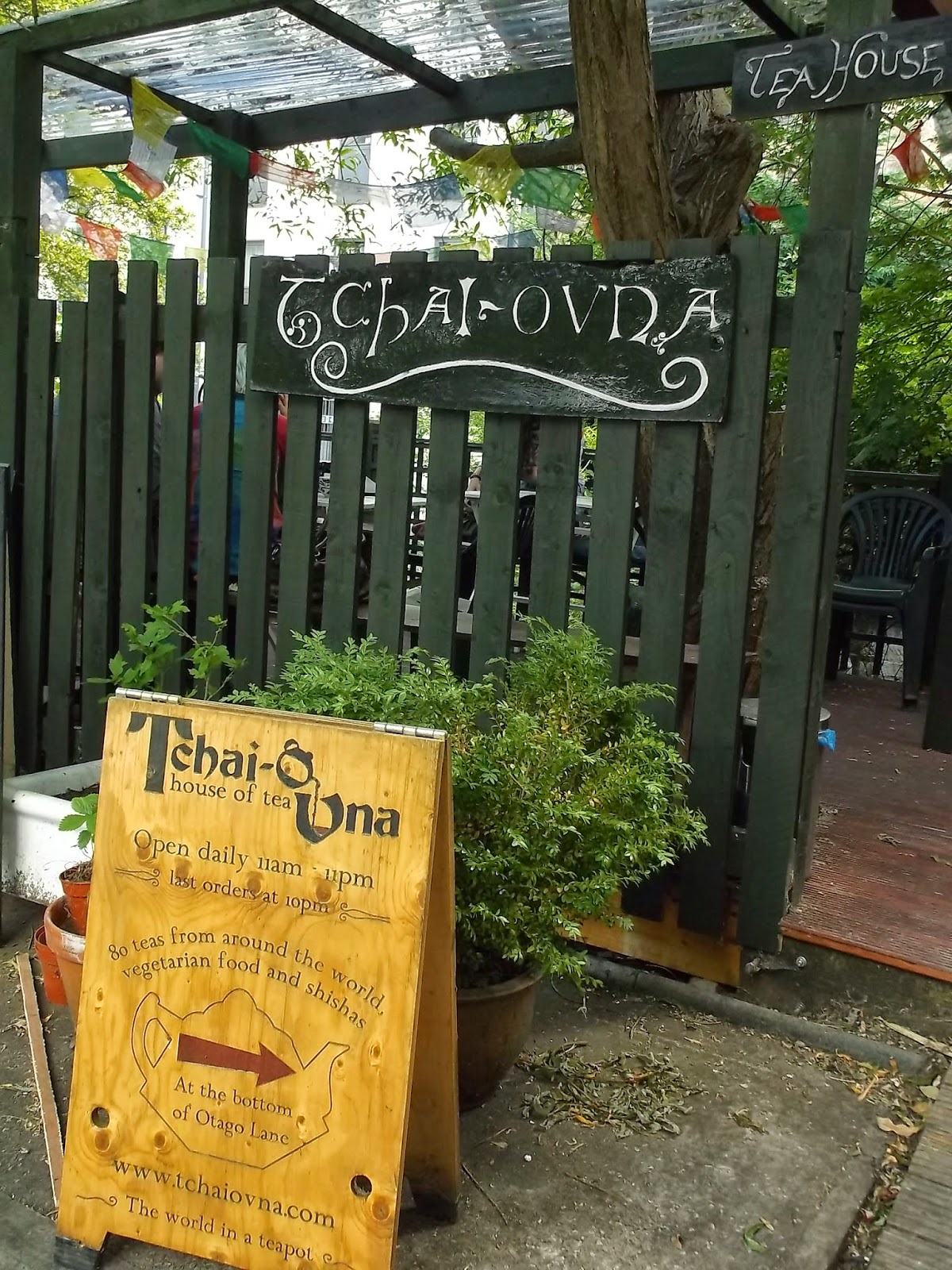 At the end of the cobbled lane, you will find Tchai Ovna, which is a unique tea house with garden area.  I dropped in to find out about the events programme over the Summer.

This lane continues to face an uncertain future due to the plans for flatted development on the surrounding land, next to the River Kelvin.

Otago Lane is a special place with many people interested in sustaining its future.  Supporters of small businesses and the heritage of the area are encouraged to visit Otago Lane and offer their assistance.
Posted by ScottishGreenParty at 12:51 No comments: