The Tree in the Chimney Pot

For anyone familiar with the history of Maryhill, the tree in the chimney pot is part of local folklore.  Unfortunately, the original tree planted in the chimney pot at the corner of North Woodside Road and Maryhill Road has had to be replaced. 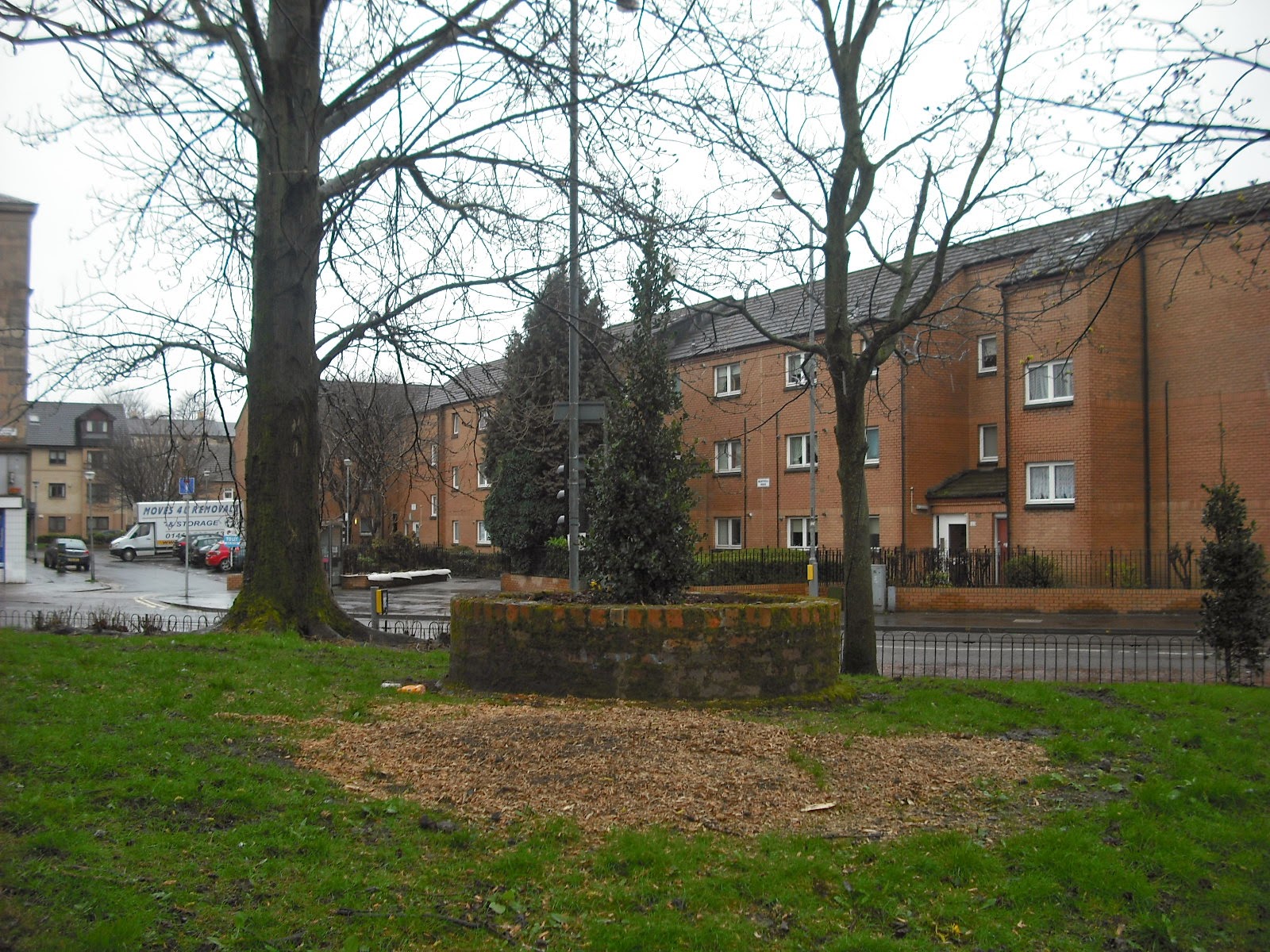 This work has been completed by Land and Environmental Services during March 2014.

History of the Maryhill Tree - http://www.theglasgowstory.com/image.php?inum=TGSA05112
Posted by ScottishGreenParty at 15:59 No comments:

Hillhead Street Steps are lit up

Over the last 6 months, I have been supporting environmental improvements to Hillhead Street. A key aspect of this work has been the repair or replacement of the street lighting. The new specific lights on the stairway have been installed in recent weeks by staff from Land and Environmental Services. 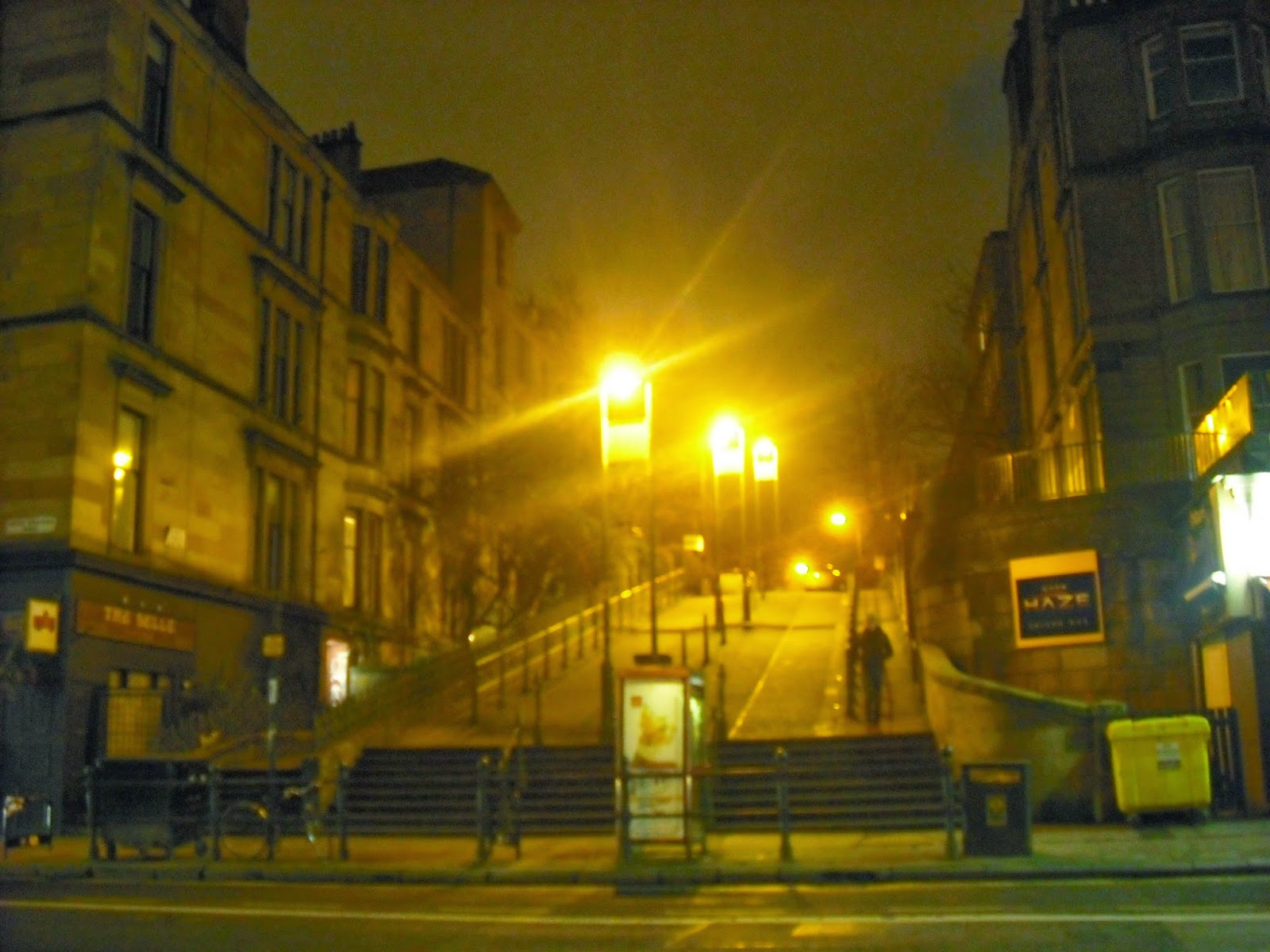 These lights are a significant architectural feature which improve the appearance of the street and help to enhance safety of the area.

Posted by ScottishGreenParty at 15:52 No comments:

In the next year, I will be investigating what land or buildings could be considered "Common Good" and therefore, require to be added to the public register of the common good assets managed by Glasgow City Council.

The definition of Common Good is "the name given to the inherited property of the former burghs of Scotland and consists of a range of both moveable (furniture, paintings, regalia etc.) and heritable (land and buildings)."

There are various public parks which are potential common good assets and one of these parks which I am researching is King's Park. Today, I made a visit and explored its grounds including a walled garden, former golf course and sensory garden. 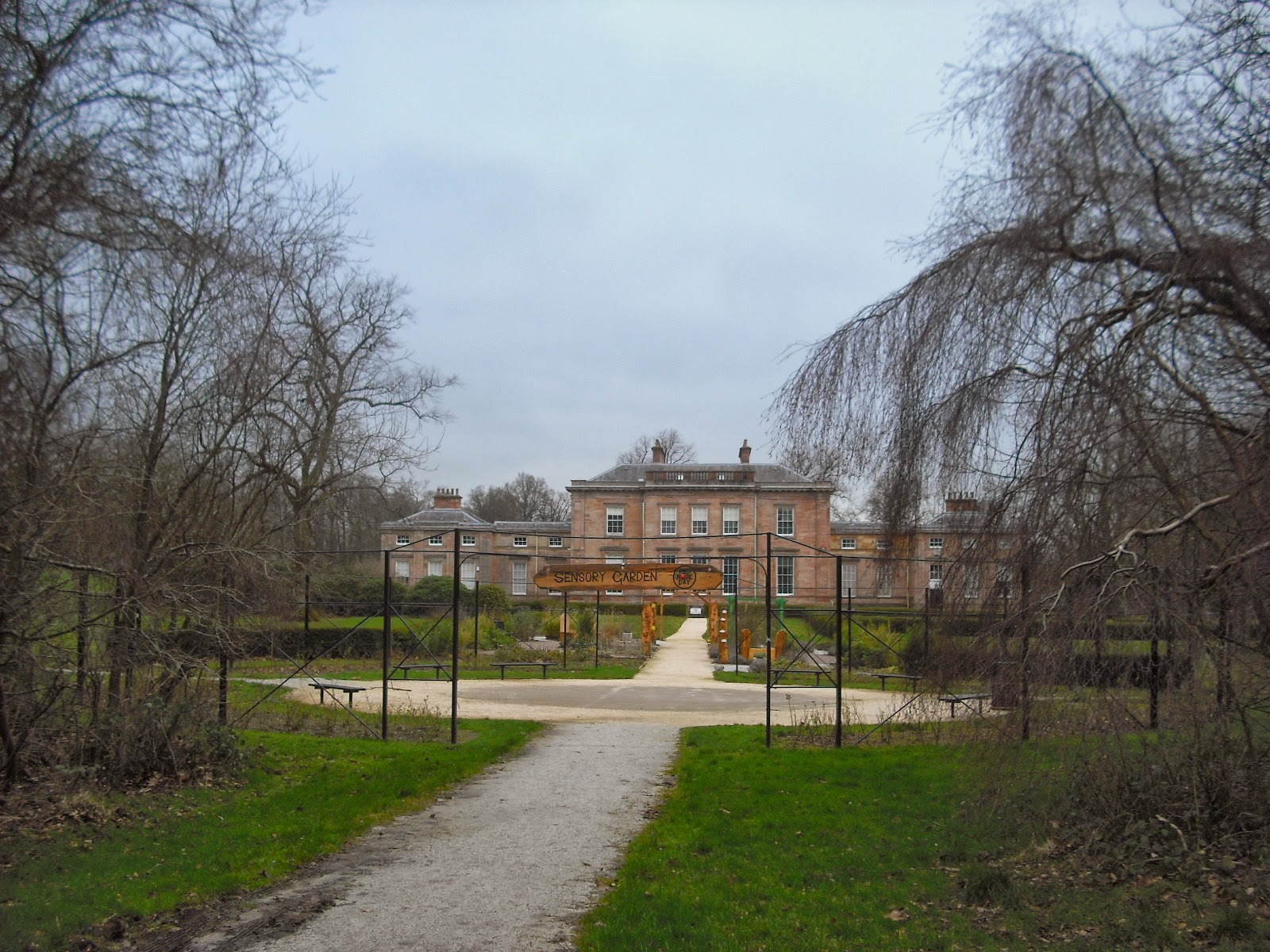 View of the sensory garden and Aitkenhead House.

Various website identify that King's Park was created from part of the privately owned estate including Aitkenhead House and its surrounding grounds. This land appears to have been gifted for recreational use by J A Mactaggart in May 1930 to Glasgow Corporation. During today's visit, I met with some residents and friends of the park who supported this view.

Further investigation will be carried out to locate the relevant documents which confirm this information is accurate.

This week, I held my surgery in Woodside Library and it was a boost to notice the major improvement to the interior e.g. new lighting, has been completed. I heard about the various activities taking place on a regular basis and it is hoped that residents will find time to drop-in to get involved.

There is a book discussion group being established; 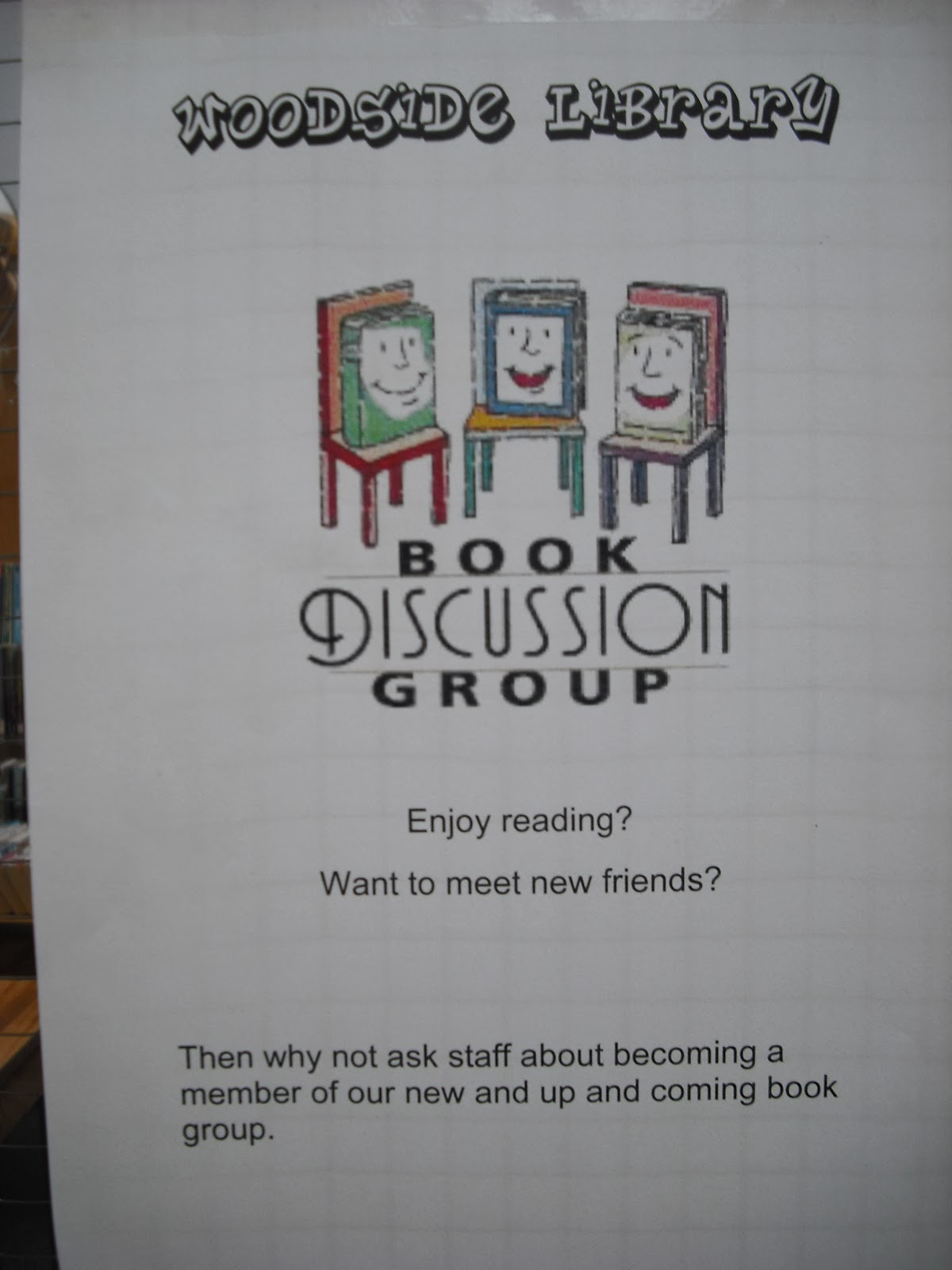 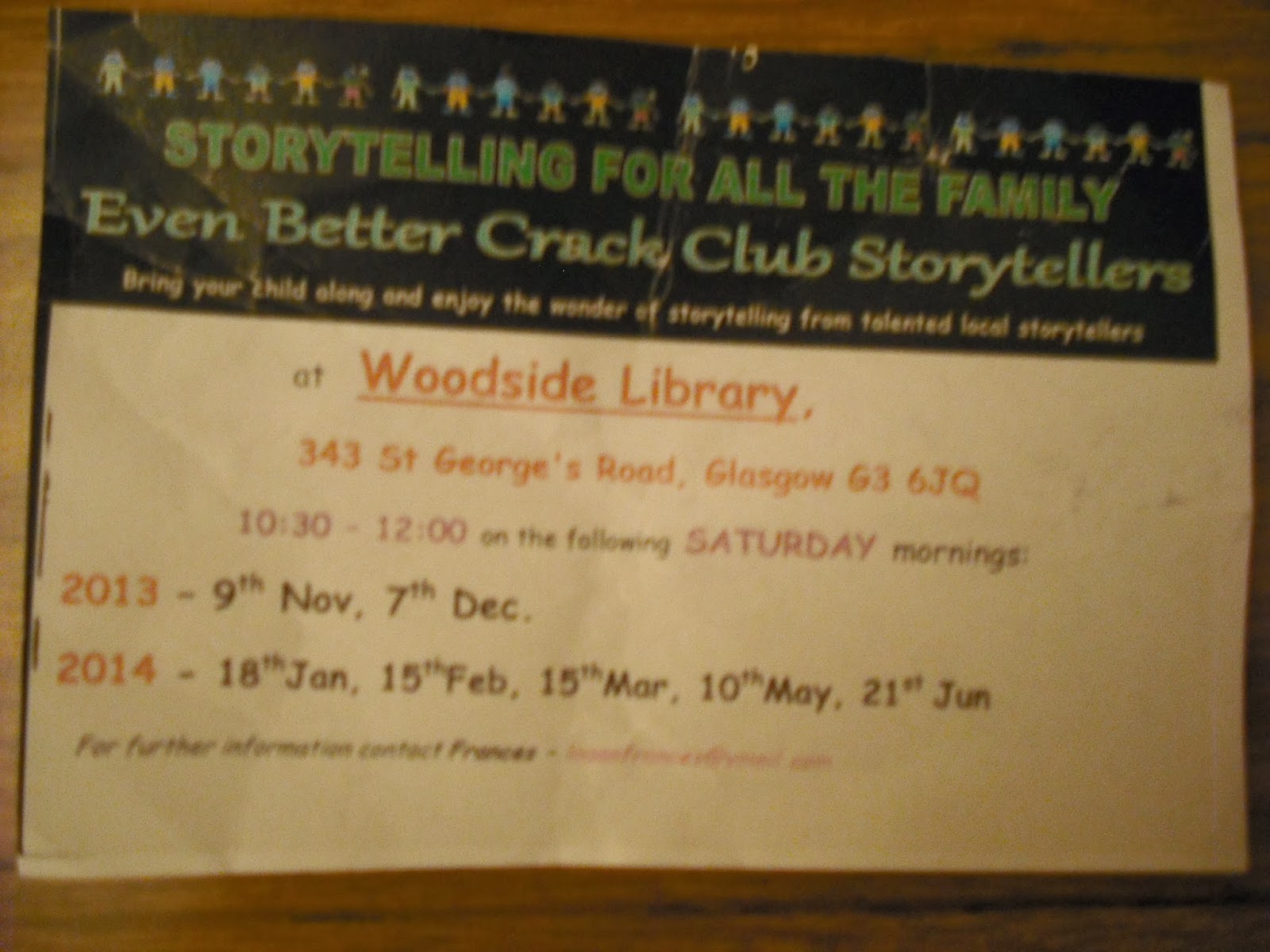 Further a walkabout and discussion with council officers, it has been possible to secure resources for addition bike parking on the pavement of Great Western Road, between Bank Street and Hillhead Street. 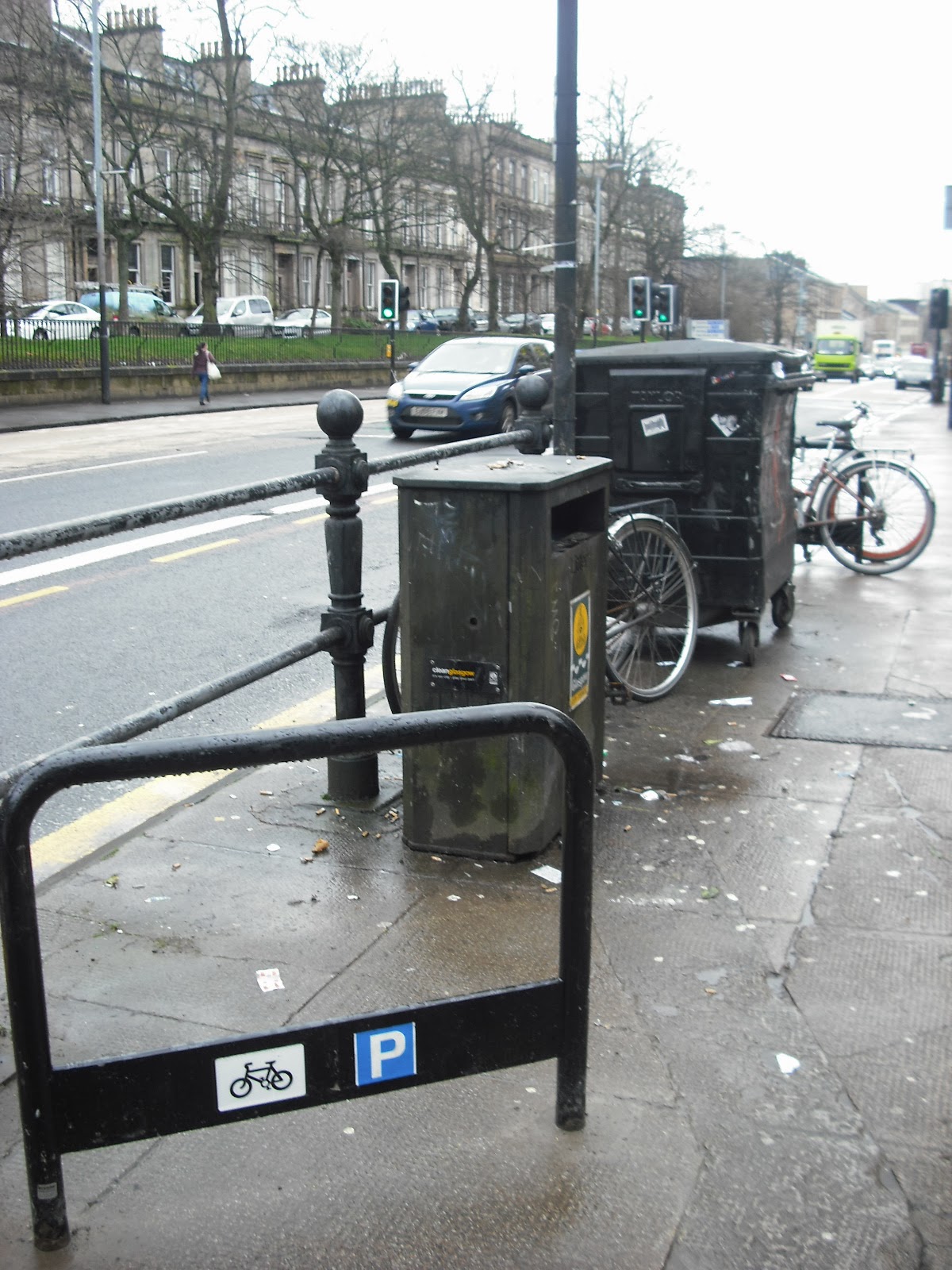 I hope this makes it easier for cyclists to stop off to shop and socialise in the area. Further improvements to the pavements have been requested and this is expected to take place in the next 3 months.
Posted by ScottishGreenParty at 13:50 No comments:

Whether in local or national politics, in boardrooms or at home, women continue to face major disadvantages across all sections of UK society.Women across Scotland and the UK suffer disadvantages in all areas of life. Women working full-time on average earn almost 10% less than men; for part-time workers the gap is almost 20% an hour. Fifteen per cent of female pensioners were in poverty in retirement in 2010/11. Just over 20% of Westminster MPs are female and only 15% of board members on major British companies are female .

Women still carry out the majority of unpaid work in the home and on average work considerably more hours than men in total. One in four women are subjected to domestic violence in her lifetime, while there is significant under-reporting of rape and sexual assault cases, coupled with a low conviction rate. 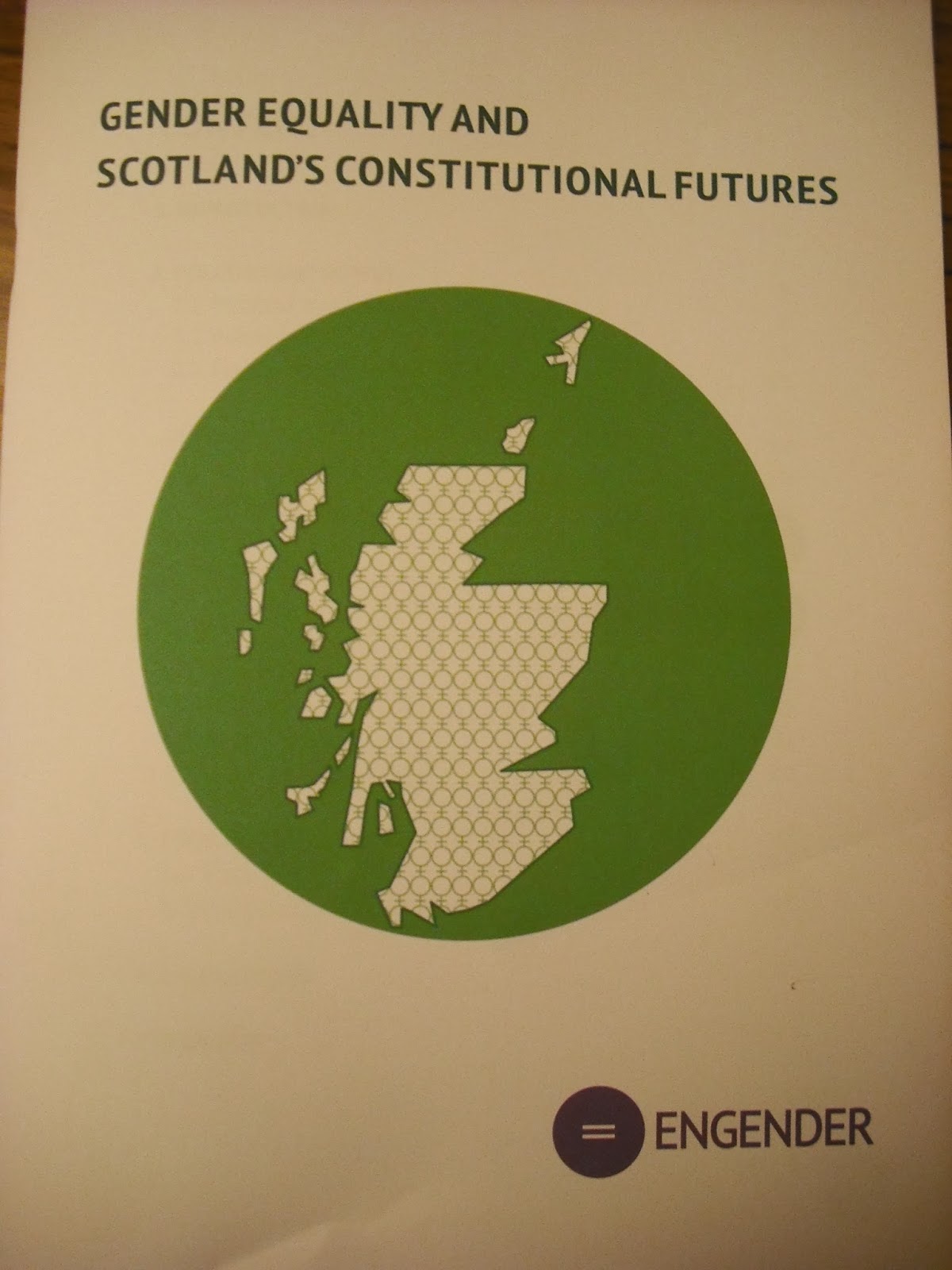 This week, a new report on gender equality has been published by Engender to coincide with a conference discussing gender issues and the impact of the constitutional change arising from the Independence Referendum.  It considers what constitutional arrangements might assist in promoting women and men to have equal opportunities in life. I took part of the discussions on ideas to enable women to become selected and elected to political office.

A copy of the report is available from Engender's website at:  http://www.engender.org.uk/news/blog/engender-launches-a-report-on-gender-equality-and-the-independence-debate/

Posted by ScottishGreenParty at 13:33 No comments:

Women and the politics of Glasgow's City Chambers

For this year's International Women's Day I did research in to the women associated with the City Chambers in Glasgow. Various facts highlight that there is a lack of recognition of women's contribution to public life of Glasgow.

As you may be aware, the Freedom of the City is the greatest tribute of respect that is in the power of the local authority to offer any person and is conferred by the Lord Provost of Glasgow. Women who have been give this tribute are:

So far, there have been four female Lord Provosts as follows;
In the last year, support has been given for a statue in honour of Glasgow's first female councillor, Mary Barbour. She is recognised as a leading organiser of the 1915 Govan rent strikes.

It should be noted that Glasgow has only three other statues commemorating women. These statues are of Queen Victoria in George Square, Lady Isabella Elder in Govan and La Passionaria on the Clydeside Walkway.

Based on this information, there should be a commitment to increase the number of women given Freedom of the City and ensure that there are additional statues erected to remember other significant women from the arts, business, science, sports and civic life who have made a difference to the City over the last 100 years.

There is a continued under-representation of women in Glasgow politics and decision making positions. At the local elections in May 2012, 22 women were elected as councillors, only 28% of the total.

I am hoping that this year's events in Glasgow to celebrate International Women's Day will encourage more women to get involved in local activism and engage in party politics. We need to ensure that the next local elections in May 2017 provide women with a stronger platform and there are gender balancing selection policies for candidates adopted by all political parties. Women should represent at least 40% of the 79 councillors.

Posted by ScottishGreenParty at 13:09 No comments: