There have been trees cut down as part of the campus development at Glasgow University. This removal of some trees has been agreed as part of the planning consent. The trees will have to be replaced as a condition of the plan. 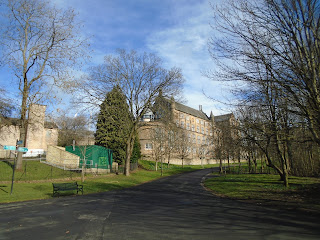 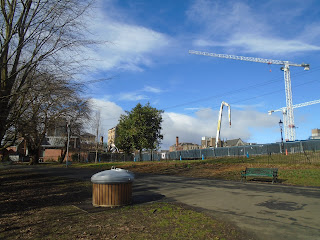 Removal of trees at the Maggie's Centre 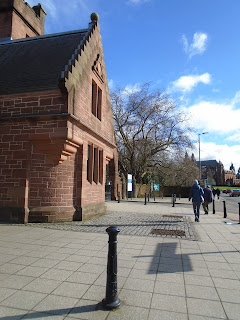 Further discussion about the tree planting arrangements is required to ensure that the local community are aware of what is proposed.
Posted by ScottishGreenParty at 16:09 No comments:

As you may be aware, the site of the former Arnold Clark garage on St. Georges Road is to be transformed in to a residential development with retail units on the ground floor. This will result in a major change to the skyline at the corner of Grant Street and St. Georges Road 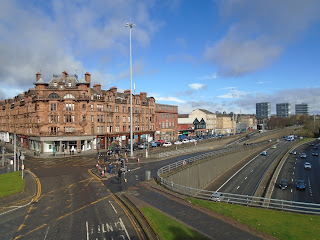 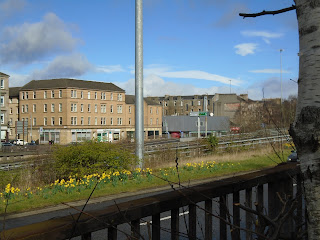 The residents of St. Georges Road and at the Charing Cross are awaiting further information about the programme of works on the site. They have raised concerns about new building causing loss of daylight and general amenity in the area. It is vital to ensure that the building works are considerate towards neighbours and wider community of Woodlands.


Posted by ScottishGreenParty at 15:54 No comments:

Sea levels are rising, so are we.

On Friday 15th March, I was in George Square to support the young people taking part in the Global Youth Strike 4 Climate. Hundreds of young people brought banners calling for action to reduce carbon emissions and to invest in a fossil fuel free future. 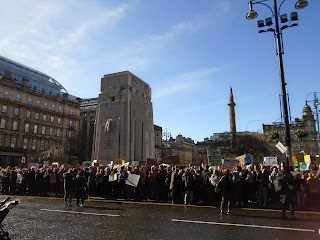 Crowds gather outside the City Chambers and at the Cenotaph. 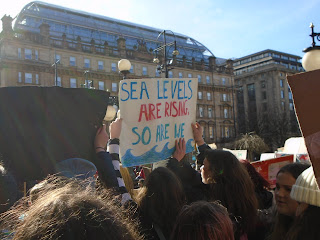 There are plans for a series of climate strikes across the world in the coming months to put pressure on all levels of government to take action to reduce carbon emissions. The demands of the young people attending these protests are listed as: 1) The Government declare a climate emergency and prioritise the protection of life on Earth, taking active steps to achieve climate justice. 2) The national curriculum is reformed to address the ecological crisis as an educational priority. 3) The Government communicate the severity of the ecological crisis and the necessity to act now to the general public. 4) The Government recognise that young people have the biggest stake in our future, by incorporating youth views into policy making and bringing the voting age down to 16.

The demands will be considered and followed up by various groups considering the climate emergency that I attend.

Posted by ScottishGreenParty at 15:42 No comments:

This month, campaigners are gathering in George Square at lunchtimes to call for the city to declare a Climate Emergency. 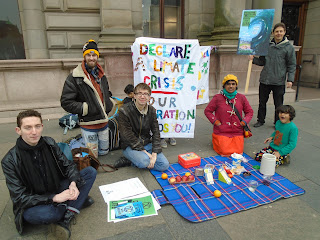 Today, a group met for a picnic outside the City Chambers to raise awareness of the Climate Crisis.
Posted by ScottishGreenParty at 14:19 No comments: