On UN Anti-Racism Day, there was a march and rally in Glasgow which gave an opportunity to come together and find a collective voice. A voice that says clearly and loudly: No racism. no Islamophobia, no anti semitism, no to scapegoating immigrants and yes to diversity.

At similar even across Europe, Greens celebrated diversity and encouraged understanding and tolerance and adoption of a welcoming attitude to immigrants. We know that there are not just the economic benefits but the cultural enrichment that flows from embracing immigration.

Rather than proposing an agenda that is set on creating resentment and division, we can learn and develop from our fellow citizens who come from other countries and who bring with them their own heritage and traditions.

We are well aware of the impact of immigration from Scotland's own experience. Generations of Scots have emigrated and been dispersed around the globe. They have found and created work and shared their culture and made their home elsewhere. We should be among the first to recognise that the flow of immigration adds momentum to the progressive influences within our history, and supports the development of the potential in all of us, regardless of where we were born.

The economic facts show that, rather than representing a drain our UK’s finances, European migrants made a net contribution of £20 billion to the UK Exchequer between 2000 and 2011. Our communities have gained from immigration including the NHS, and public services who help us in our time of need, and without whom we would be much worse off.

We can pledge our support to challenge the worryingly signs of scape goating migrant workers are ever more present in our political discourse. The fight against racism is not an easy fight, but it can be won.

Glasgow is a diverse, multi-cultural city. It is a friendly, welcoming place. Opposition to the racists needs to be heard in every part of every community, and the forces of hatred must never have the chance to gain ground. By working with churches, mosques and other faith and civil society groups in Glasgow we can built unity and solidarity to tackle the threat of the rise of racism, and anti-immigrant sentiment. 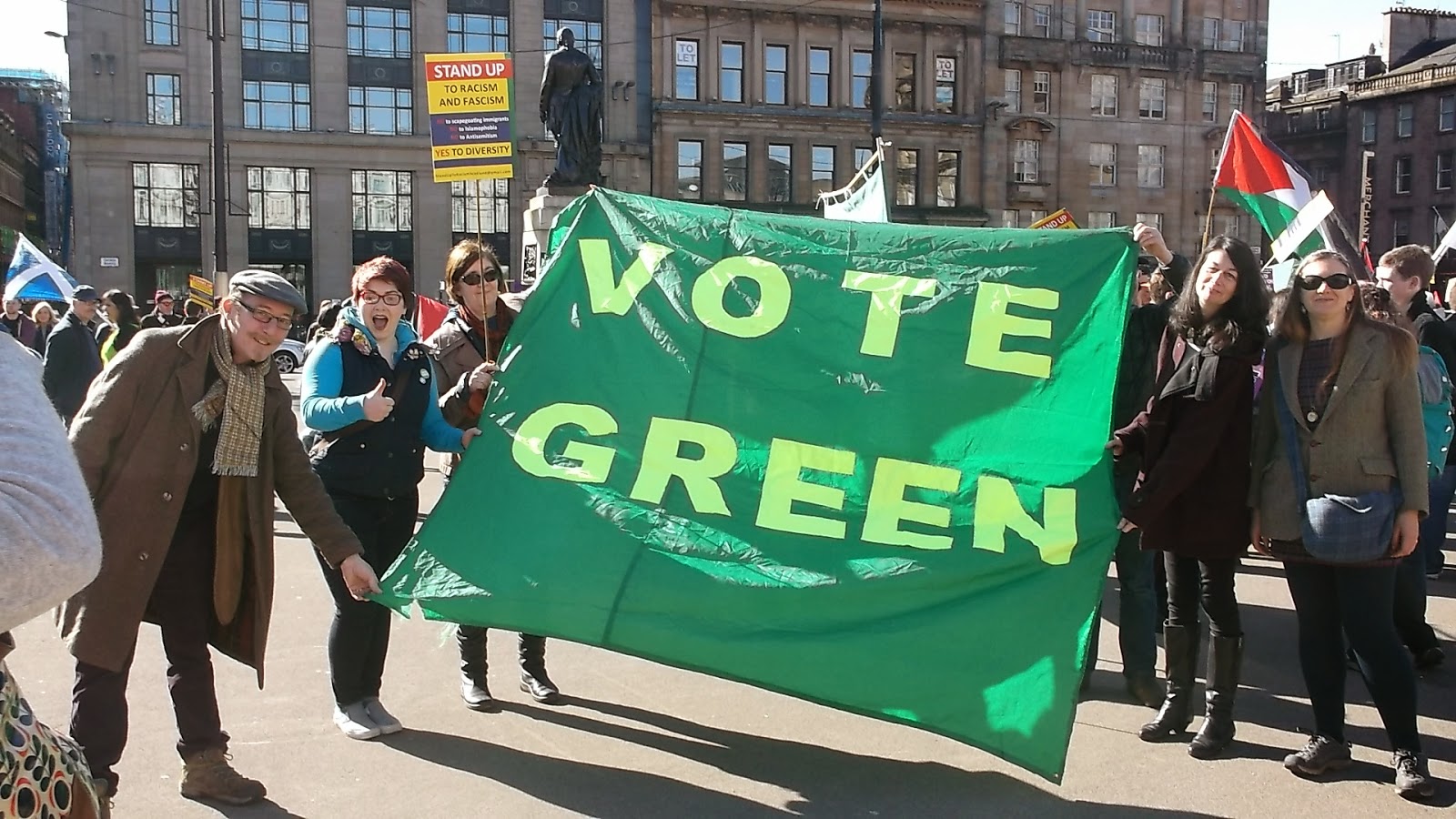 Green party members at the march and rally in George Square.

Let's cherish our reputation as a friendly and welcoming place, and leave no room for racism and fascism in our city.
Posted by ScottishGreenParty at 06:44