1) Cleansing and recycling issues
Topics raised were the need for additional recycling bins, and a can crusher on the street. Residents asked for a review of positions for public bins as they sometimes block pavements Locked gates on lanes were suggested. There are concerns about problem of anti-social behaviour in lanes and the need to ensure gates are locked. 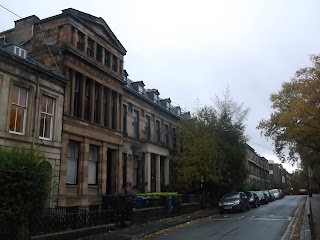 Fly-tipping is a big problem. There is rubbish and slippy leaves on pavements. Action needed by cleansing staff to empty bins in Oakfield Avenue and report to Hillhead High.

2) Housing
Special projects were discussed and it was agreed to develop community activity linked to three sites within the area:

Greek Thomson Building at corner of Oakfield Avenue. Due to ongoing lack of maintenance, mattresses left in open spaces and grass overgrown.  List of owners to be contacted and meeting held in Hillhead High, to develop a special initiative.

Belgrave Terrace, a B Listed terrace where there are concerns about poor condition of grounds, wall and pavement. Temporary wall put up at Great Western Road, due to subsidence and water leaks. Pavement in front of it needs to be cleaned up and repaired. 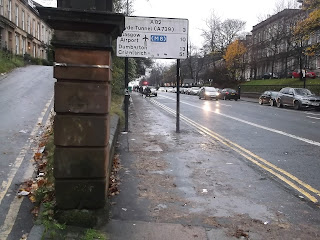 Further updates on the various projects.will be provided to Hillhead Community Council.