On 27th July, I took part in a walk to support the proposal for Glasgow to become a National Park City. We visited open spaces and public parks between the Barrowland Park and the Kelvin Walkway to help promote efforts to value nature in Glasgow. 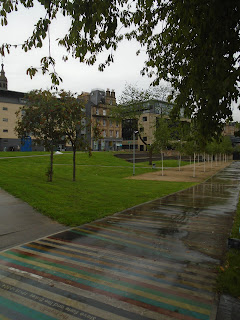 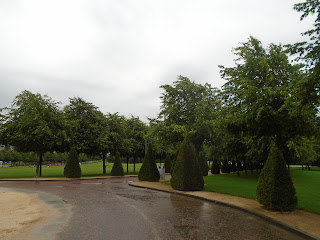 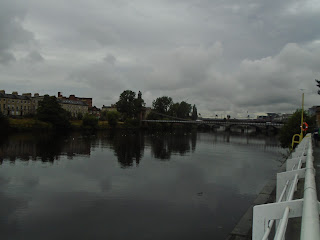 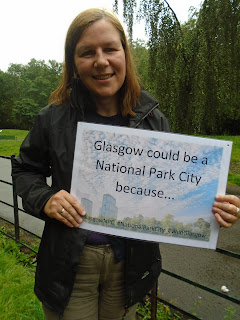 At the Halfpenny Bridge on the Kelvin Walkway, I gave my support for Glasgow to become a National Park City as in response to the climate emergency, we need to connect with nature and rapidly cut our carbon emissions.

It is possible to work with London which was declared the world's first National Park City at City Hall on 22nd July 2019. It has established aims to support:-
There are further events and activities being planned to protect and enhance Glasgow's urban natural and cultural heritage as part of the campaign to become a National Park City.
Posted by ScottishGreenParty at 14:35