On Thursday 2nd July, I joined a rally on Buchanan Street Steps at 6pm as part of a series of Europe wide solidarity actions in support of Greece. It called on people who oppose austerity to support the Greek people in reaching a fair new deal within the Eurozone. 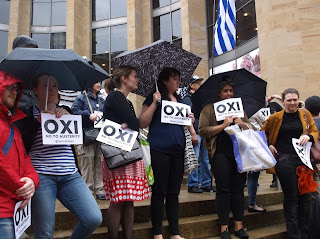 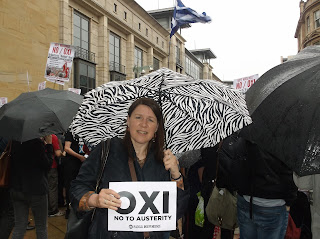 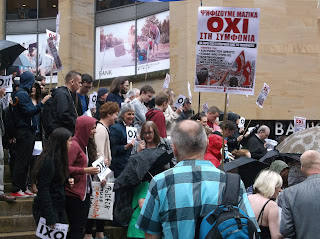 Crowd gathers to show support for a No vote
at the Greek Referendum on Sunday 5th July.

The result of the Referendum has shown that austerity is a failed approach. Across Europe, governments must acknowledge the will of the Greek people and assist in their democratic effort to end unfair and unnecessary cuts.  The negotiations to resolve the debt crisis have to seek a compromise and to put a new debt relief plan on the table.