Preserving our tenemental heritage in Woodlands

The land at 314 Great Western Road, Woodlands is the former site of an Esso Garage and a church. It is currently vacant and under pressure to be developed for a flatted housing complex, with ground floor retail units.

In the last year, the owners have put forward proposals for a new housing development and shop units, and these have been refused by both the Council's planning committee and a Scottish Government reporter. I have also objected to all of the proposals as they have been submitted to the planners. 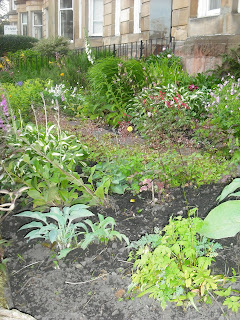 I have been disheartened to hear that the area is seen as in need of an inappropriate flatted development because it has become an eyesore.

Due to a number of complaints about the poor maintenance and security problems, I have approached staff at the Enforcement Unit at Glasgow City Council on an ongoing basis to ask the site owner to keep the site from becoming unsightly; by clearing litter, as well as keeping the gate locked and secure. The owner has responded to some requests to do this and helped to keep the land inaccessible to cars. However, in recent months, this has not been maintained.

There have been expressions of interest in the land providing a temporary greenspace with raised beds until plans are finalised. There are examples from across the city where local groups and residents have become involved in setting up a community garden in gap sites. It could also be considered for 341 Great Western Road. 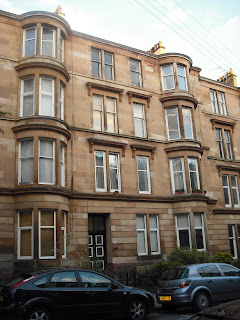 In the long-term, it is vital that any housing plans drawn up fit within the requirements of the Woodlands Conservation Area, where the site is located.

New housing has to conform, as far as I am concerned, to the historic streetscape of neighbouring Montague Street and Great Western Road. The new development should seek to provide four storey sandstone tenements with front gardens and backcourts on Montague Street. This design and layout should be complimented with four storey sandstone tenements and traditional shop units for independent retailers along the site boundary at Great Western Road.


Please note, this week, another planning application for 45 flats and 2 retails units which I view as overdevelopment on the site was considered and approved. This is not what I had hoped for.