Yesterday, I took part in the Harvest Festival at the Woodlands Community Garden. There was a great turnout and lots of interest in food growing and home cookery. 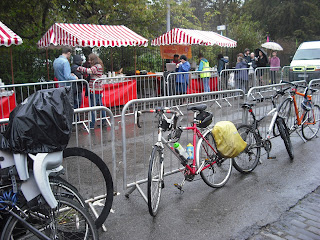 I got involved in discussions and general debate about how to improve cycling and walking routes in the city.

Repairs and maintenance of pavements is a major concern for people who want to get around on foot. It appears the majority of investment is focused on roads and pedestrians want to see the potholes on pavements repaired with the same level of priority. I have advocated for resources to be allocated to maintaining existing roads and pavements rather than building new roads.

I also heard about a campaign hosted by Living Streets which aims to stop cars parking on pavements.

I will highlight these concerns as part of my ongoing efforts to enhance the city's environment for walkers and cyclists.